Image courtesy of Jenn at Enjoying the Ride. Thanks, Jenn!

We spent spring break in Orlando and frequented all four theme parks. It was absolutely the best vacation I have ever taken with my kids! I've been to DISNEY before, but it's so different through the eyes of my children. Here are my Top 13 rides, attractions, events, and shows from this trip. I have pictures of everything, but for conservation of space, I will only post a few right now. You can refer to a previous post (Best ride, best show, best parade) to see some other photos if you so choose.

2. Aerosmith Rock-n-Roller Coaster at Hollywood Studios (formerly MGM), another coaster. Go from 0 to 60 in 2.8 seconds, plus go backwards and upside down - in the dark! A Rockin' good time! 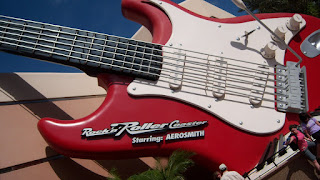 3. Big Thunder Mountain Railroad - still another coaster at Magic Kingdom. This is one of my favorites because it's timeless and my kids enjoyed it so much.

4. Disney Dreams Come True Parade at Magic Kingdom. The song still sticks in my head! I love the atmosphere, the gorgeous floats, the characters, the elaborate costumes, the dancing, singing. The whole sha-bang! 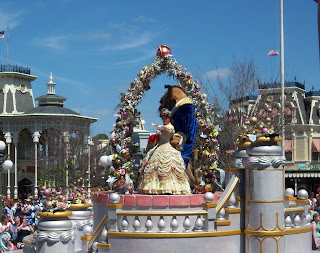 5. Having our picture taken with the Mouse himself, Mickey, at Animal Kingdom. He even kissed my hand. 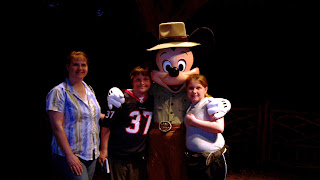 6. The Festival of the Lion King, a fairly new show at Animal Kingdom. The costumes were amazing as well as the life-size animatronics. It included singing, dancing, audience participation, and even some great acrobatics.

7. Space Mountain, another roller coaster, and another Magic Kingdom tradition. Loved it not only because it's a great ride, but my children were so excited.

8. The Kilimanjaro Safari at Animal Kingdom with 110 acres of reserve with natural habitats for lions, elephants, alligators, giraffes, warthogs, various antelopes, and both black and white rhinos. 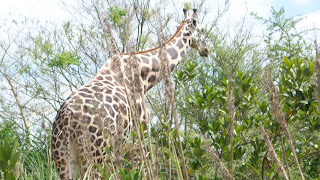 9. Monsters Inc. Laugh Floor at Magic Kindom. This had some great improv comedy that was kid-friendly and included audience participation. It was so darn cute!

10. Test Track at Epcot. This is set up as though you are in a car being tested for its traction, exposure to the elements, braking system, and speed. You're actually in a car-like vehicle going through these "tests" and zooming around an elevated race track. 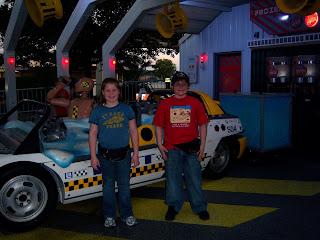 11. The Backlot Tour at Hollywood Studios. I've been on it before, but it seemed new experiencing it through the eyes of my children.

12. The Fireworks Spectacular at Magic Kingdom. We got a tiny glimpse of Tinkerbell, and the flares and fireworks filled us with awe and amazement. The colorful, booming spectacle seemed endless.

13. The Show at the Castle Court at Magic Kingdom. Another display of talented singers and dancers with a great story to go with it. Being up close to all of the characters was memorable.

Posted by Forgetfulone at 10:12 PM