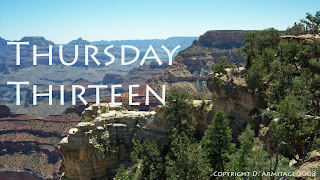 13 Things I Learned on my Fabulous Arizona Vacation

1. The Grand Canyon is an example of 6 million years of erosion and 4 geologic eras with 17 visible layers of earth.

2. The high altitude in the Grand Canyon (7,000-8,000 feet) can make it more difficult to breathe and easily cause fatigue, especially for people like me who live about 20 feet above sea level.

3. Over 4 million people visit The Grand Canyon each year. We hiked the south rim and Bright Angel (below the rim).


4. Approximately 250 people are rescued from the Canyon each year. The park charges a fee for rescue services, and fatigue is not considered an emergency.

5. A squirrel is a worthy opponent of the rattlesnake. 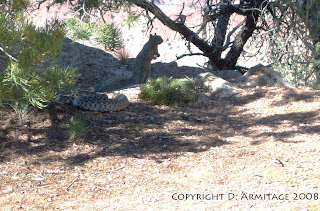 6. There are two ways down the Grand Canyon: your own two feet or a mule. Mules have the "right-of-way" on the trail. The mules detour from the hiking trail to cross the Colorado River. They will not cross the "silver" suspension bridge because they can see the Colorado River below. They cross at the "black" suspension bridge which has rubber mats so the mules can't see the river below them.

7. Sedona, Arizona is internationally known as a center of spiritual health and well-being. Among the spiritual offerings are yoga, vortex sites, healers, spas, retreats, intellectual tours, new age products, psychic readings, meditation, and life coaching. I had never heard of a "vortex" before I visited Sedona.

8. Of the 50 US states, Arizona has the larges percentage of land set aside for Native Americans, and the largest of that is the Navajo Nation. 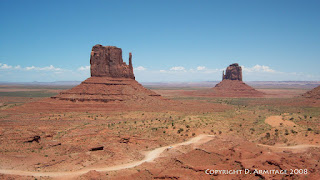 9. Monument Valley Navajo Tribal Park is one of the most photographed places on earth. It's located a few miles across the Arizona/Utah border just off the "Forrest Gump road" ( the road where Forrest finally stopped running). 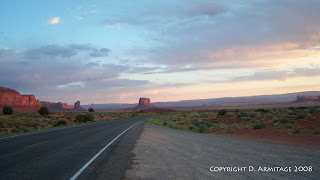 10. Route 66, the Mother Road, crosses 8 states, including Arizona. R66 officially disappeared from "official" road maps in 1984. The last town to be bypassed by the Interstate was Williams, Arizona, 60 miles south of the Grand Canyon. 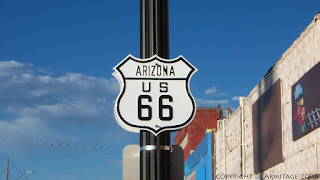 11. The temperature in Phoenix last week reached 112 degrees Fahrenheit. People say, "It's a dry heat." Let me tell you this - it's still heat! Dry or humid, it's hotter than a witch's cauldron! Who needs a heated swimming pool in this kind of weather?


12. The Saguaro cactus is native to the Sonoran Desert (extreme southeastern California, southern Arizona and adjoining northwestern Mexico). The saguaro blossom is the state flower of Arizona.

13. Of the three hotels we stayed in, Howard Johnson's in Williams, Hampton Inn in Kayenta, and the Pointe Hilton Tapatia Cliffs, the Hilton had the most comfortable bed and gorgeous swimming pools but the WORST Internet service. Not only was it wired and slow, but it cost $12 a day! The other two hotels had free Wi Fi. Isn't that the way it should be?

Did you learn something? I sure did! Our trip to Arizona was one of the best vacations I've ever had.

Posted by Forgetfulone at 8:58 PM