We celebrated my son's 12th birthday (a few days early) with a baseball theme. I have 13 photos to chronicle this milestone.
First Base - Pizza, games, and presents at home. 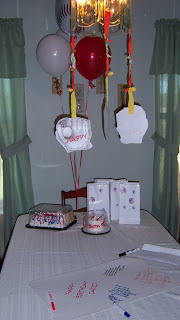 Here is the table set with decorations, goody bags, sign-in board, cakes, and balloons. 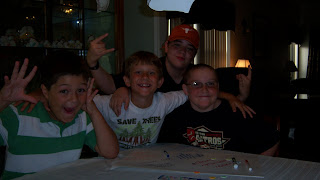 Here's the guys clowning around. 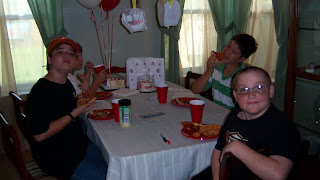 Here they are eating pizza - even though the ball park had $1 hot dogs tonight. They're also playing the penny game, the candy name game, and earlier, they played charades. I wrote a post last week about birthday party ideas, and in it, I linked to some great sites. Here is last week's T13. 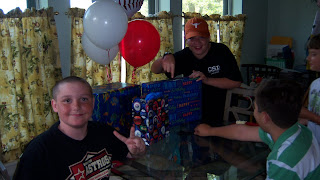 And here's my son opening gifts. 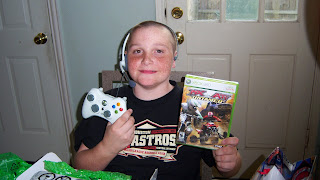 His favorite gift was an XBox 360 Pro and MX VS ATV Game. 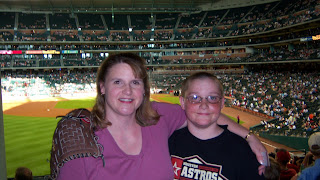 My son and I with Minutemaid Park in the background. 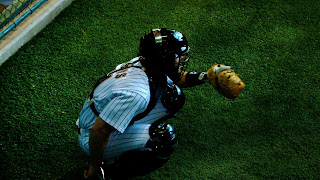 We were sitting by the bullpen. This is Brad Ausmus warming up. Later in the game, he provided some unexpected excitement by arguing with the umpire about three bad calls in a row. Both he and Cooper (head coach) were ejected from the game over this, but if you look at the replays, he was in the right. 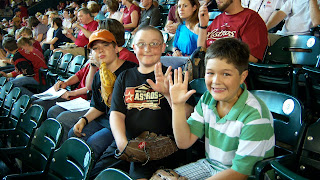 Here's the guys again having a great time. 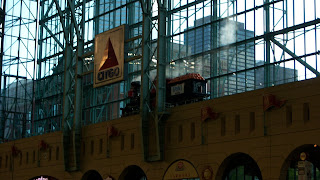 This is the homerun train. When the Astros hit a homerun, the train chugs to the other side of the stadium. It did a lot of moving tonight, even though we lost to the Brewers 10-6. 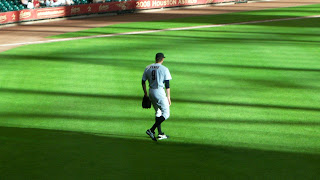 This is Hunter Pence who we jokingly call my boyfriend. He had a great first season last year, and I was a big fan, so we tease my husband. We were sitting about this close to him.

Third Base - Cake and Ice Cream at Home 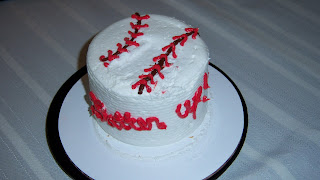 A cute little baseball cake I bought. One side says "batter up"
and the other side says "play ball." 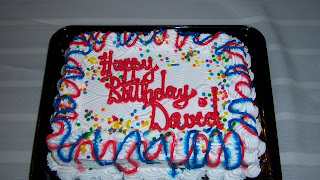 The big birthday cake. We also had ice cream and root beer floats. 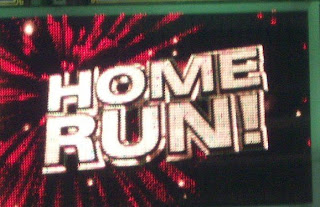 This is actually the sign from the stadium when the Astros got a home run. The last phase of our party, obviously, was home run. The boys had to go home because it's a work night. 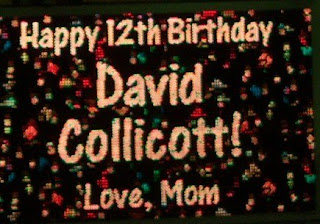 My son got his name in lights on the big screen, albeit for about ten seconds, but he thought it was cool, and so did his friends!
For more Thursday Thirteen, click here!

Posted by Forgetfulone at 1:55 AM