Feature Presentation!
Better late than never on the Monday Movie Meme hosted by The Bumbles. Today's guest director is Anne from Static and Silence. She asks us to talk about movies written and/or directed by the late John Hughes (he also produced and directed some of these films). 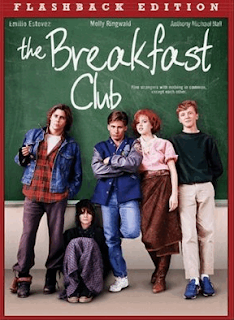 The 80's wouldn't have been the same without John Hughes! The film that most influenced me is The Breakfast Club (1985). I STILL love the song, "Don't You Forget about Me" all because of that movie. I especially liked the performances by Judd Nelson and Ally Sheedy.

Posted by Forgetfulone at 9:52 PM