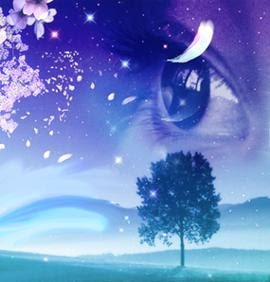 I had two recurring dreams as I was growing up. The first one was about a bear chasing me in the forest. I had that dream at least once a week when I was from the age of remembering dreams until I was about 7 or 8 (till 1972 or thereabouts).

The other recurring dream started when I was about 8 or 9 (1973-1974). It was always about an evil house. It was a two story house (maybe 3) , with big dormer windows in the front and a balcony on the side. I never even lived in a two story house until three years ago, so I don't know why I was dreaming about one. Anyway... the house was bad, as in evil. It trapped me inside, with the walls closing in. There was a force stronger than I, and it was pulling me. I always remember waking from that dream in a cold sweat trembling with fear. I had this dream over and over many times until I was a teenager

The bear story? Who knows what that was all about. But I swear the house in the second recurring dream (nightmare) was the Amityville House, and I dreamed about it before the murders happened (1975) and before the movie came out (1979). It's really freaky. I've only shared this with a few other people - because people tend to disbelieve me, but it's true. The same thing didn't happen in my dream that happened with the murders or the movie, but it was the same house! I was going to put a picture of the house on this post, but I just can't. I don't want to look at it every time I open my blog for the next few days. You can check out these links if you want to. Google book search, movie from 1979, movie from 2005, or the official website.

Things like this freak me out. I don't even go to scary movies - well - not the typical scary movie like Amityville or The Omen. I just don't watch them. And I hate crazy dreams that startle me awake, that make me afraid of the dark, that fill me with dread for the entire day.

One commenter on the previous post (which can be found here) said she will go through a whole day feeling affected by the dreams she has, just like me. For example, if I dream I'm mad at my husband, or if I dream he did something wrong, I will feel that way the entire day. Dreams can be so darn realistic that it's hard to separate them for real life!