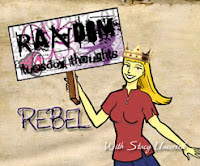 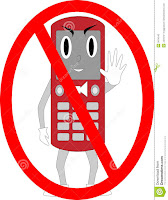 Image Credit
I'm truly amazed at the number of people who carry on very loud, often very personal, conversations in public.  For example, I was in the dentist's office a few days' ago, and a girl who appeared to be 19 or 20-ish was face-timing a young man. From hearing her side of the conversation, they appeared to be discussing "first-date" type things as she looked at the phone and kept smiling.  She was not even attempting to be quiet and respectful of the other people in the waiting room.  Then yesterday at Barnes and Noble, an oldish woman, perhaps ten or so years my senior, had a headset on and was discussing, very loudly, a product she was considering.  I turned around, and there was another girl with her phone to her ear chatting away.  I thought it was common courtesy to speak in hushed tones in public, if you must speak at all, and particularly in such a small setting as a waiting room.  Am I over-reacting by allowing this to bother or perplex me?

PT yesterday didn't just stand for Physical Therapy.  It was also Positively Terrible, Perfectly Terrifying, Pretty Tough, and Pure Torture.  I knew it would be hard, but I really need to be able to use my arm for normal activities soon.  (See one of my posts about surgery - the day of, the day after, days after.)  I'm also still fighting some depression.

There has been so much negativity on Facebook lately, and even though I don't look at it constantly, I decided to "unlike" pages that post those misleading headlines or the ones that breed animosity.  Although I believe is the tenets of certain political pages or personalities, I just can't read the sensationalism anymore.  I did the same thing on Twitter.  I've already got enough unhappiness with which to contend. 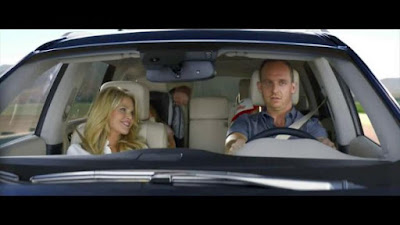 Image Credit
Wow, except for my first topic, most of this was complaining. That's got to change!  How about this?  You know the new Honda commercial that spoofs the movie Vacation? (see above picture)  The "wife" who says to her husband, "Seriously?  A blonde in a convertible?"  That's Christie Brinkley, who played the blonde in the convertible from the 1983 Vacation movie.  Her "husband," the driver, Ethan Embry, played teenager Rusty Griswold in the Vegas Vacation movie in 1997.  So, technically, the wife in the commercial is actually old enough to be the commercial husband's mother.  Did you get all that?  Haha!  Have a great week!

Subscribe in a reader
Posted by Forgetfulone at 2:20 AM