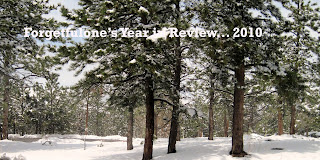 Gorgeous photo, right? I couldn't believe all the snow... in April! But, I guess that's what happens in the mountains of Colorado. Certainly not in Texas! The hubz and I were flying on standby to Virginia for a conference. After nine hours in the airport, we still didn't get a flight to Virginia. We had taken a couple of days off work already, so we asked where the next flight was going that had open seats, and hopped on it. We didn't make it to our conference, but we had a great time! We toured the Coors Brewery, went up in the mountains and played in the snow, and went to a Colorado Rockies game. The only thing wrong? We weren't prepared for the cold! We had to buy jackets and hats, and we froze our rears off waiting for the hotel shuttle at the airport. But wow! I don't think I've ever done anything so spontaneous!

The movie The Gift is coming out soon, based on a book by one of my favorite authors, James Patterson. However, it's a sequel to a book I reviewed in April called Witch and Wizard, and it was NOT an enjoyable read. Needless to say, I'm not going to continue with the series, but I still love Patterson!
April was also a time for remembering the loss of my father. Actually, I always remember that loss, but I wrote about how his absence feels at Sunday dinner. And if you missed my other posts, here they are! January February March
Posted by Forgetfulone at 9:32 AM

Email ThisBlogThis!Share to TwitterShare to FacebookShare to Pinterest
Filed Under: year in review