The topic for this week's Sunday Scribblings is GAMES!

Once I got past the Leave it to Beaver stage of childhood, I liked to watch Game Shows. I think The Price is Right was my favorite back when it first began airing its revised show in 1972 hosted by Bob Barker (who finally retired in 2007). “Forgetfulone, come on down, you’re the next contestant on The Price is Right!” I would usually guess the right price, and some of the games were clever. And I would love to go to the Showcase Showdown! 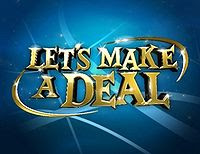 Anyone else remember Let’s Make a Deal hosted by Monty Hall? That show always cracked me up! People in the audience would dress up and/or carry signs, the crazier the better, in order to get chosen for the next deal. I always used to wonder if I had something in my purse that they would ask for in order to get to play the deal like a red rubberband or a brown bobby pin. Then, the deal… Would you like Curtain #1, Curtain #2, or Curtain #3. You might be lucky enough to win a year’s supply of puppy chow (ZONK)! 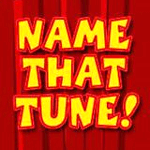 Another great game was Name that Tune. The version I remember was hosted by Jim Lange. Bid-a-note was my favorite part. I can name that tune in 3 notes! And the winner got to go to the Golden Medley. I’d have loved that!
Posted by Forgetfulone at 8:54 PM

Email ThisBlogThis!Share to TwitterShare to FacebookShare to Pinterest
Filed Under: games, sunday scribblings