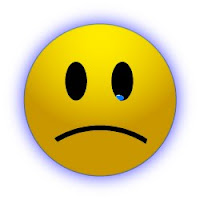 I'm so disheartened by some things I've seen in the local news lately. First, there was an incident at a high school in which a young man tore down the flag of another country and threw it in the trash. He says that it's because this flag was hanging higher than the American flag, but I think it was just hatred. And spite.

What disheartens me is not just that this happened, it's the reaction of some of the media who are calling him a hero! Yes! They are calling him brave for standing up for his beliefs. I call it cowardly. He just happened to be caught on security cameras, so he had to have an excuse for his actions. He claims he was "offended" by the flag. His mother said the school administration wouldn't remove it, so he decided to take matters into his own hands. I usually agree with certain news commentators and talk show hosts, but not this time. The student did not handle this correctly, and he deserves the three days' suspension he received, maybe more.

He is not a hero. One local talk show host even wants to establish a college fund for this boy because he comes from a single parent household. What? What about all of the other rule-abiding students who come from single parent households who don't tear down flags and throw them in the trash? This makes me angry, in case you couldn't tell.

Another sickening situation is the story that came out today about a "teacher" who "beat" a 13 year old student at a charter school. First of all, the teacher in question is not an educator. Charter schools are not required to hire certified, degreed professionals. Second, this charter school is for students who are habitual behavior problems, not that there is ever an excuse to lift a hand to a student. Third, the so-called teacher is dressed like a hoodlum and does not appear to be a professional in any sense of the word.

The incident was recorded by another student on a cell phone. Other students are heard plainly in the background laughing and the video pans to the other students at the end where the viewer can see them standing there simply looking on as if nothing were amiss. I watched the video, and I believe it is fake. It doesn't look like the teacher is actually hitting the student. At one point, the teacher gets into a karate-like stance. The student is almost smiling and doesn't appear to defend himself whatsoever. It looks completely staged. I don't know what gimmick they have going on, but I would bet my college degree that they are trying to use this "incident" for financial gain of some sort.

And that's my Wednesday rant. Anyone else want to post a Wednesday rant? Leave your link in the comments so I can come commisserate with you.

Posted by Forgetfulone at 1:13 AM

Email ThisBlogThis!Share to TwitterShare to FacebookShare to Pinterest
Filed Under: randomness, worry