Since my children have been studying Greek mythology in their literature class, I decided to make a list of everyday references to mythology. There are so many to choose from!

1) Titan (something of superior size and strength, for example, the ocean liner the Titanic.)
The Titans were the elder gods. 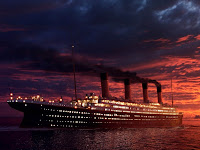 2) Achilles heel (your weakness or your Achilles tendon).
When Achilles’ mother dipped him in the River Styx to cleanse him of his mortality, the only spot that was left vulnerable was his heel where she held him.

3) Atlas (a book of maps and several travel and moving companies).
Atlas was a Titan who carried the weight of the world on his shoulders.
4) Ajax (a popular household cleaner).
Ajax was a Greek hero of the Trojan war.
5) Trident (a popular brand of chewing gum).
The trident was the three-pronged spear of Poseidon. 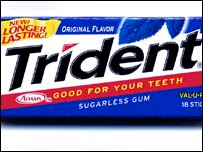 6) Amazon (ever heard of Amazon.com?)
The Amazons were a mythological race of warrior women.
7) Styx (rock band of the late 70’s and 80’s.)
The River Styx, also called The River of Oaths, was the river the souls crossed in order to reach the Underworld.

9) Nike (athletic shoes, although I don’t want to support them since seeing their most recent commercial which I hope is pulled off the market).
Nike was a winged goddess who could run and fly at great speeds.
10) The Olympics (world-wide competition, you might have heard of).
Named after Mt. Olympus , home of the gods, and the Olympians, the 12 main gods and goddesses of Greek mythology.

11) Apollo (a famous theater in New York and the name of a space mission)
Apollo was the Greek god of music, prophecy, and light.

12) Poseidon (travel company, seafood company, but also the name used in a few movies such as The Poseidon Adventure [the original 1972 film] and Poseidon [the imitation remake of 2006]).
Poseidon was the god of the sea.
13) Psyche (referring to the mind, psychology, psychosis, psychedelic, etc.)
Psyche was the Greek goddess of the soul who was loved by Cupid. This is really a great myth, if you’ve never read it. Click here.

Posted by Forgetfulone at 4:57 AM

Email ThisBlogThis!Share to TwitterShare to FacebookShare to Pinterest
Filed Under: reading, thursday thirteen