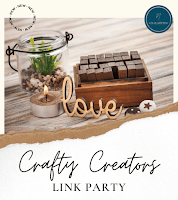 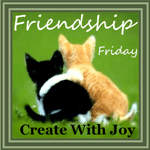 Hello friends. Today I want to talk about craft room organization.  I'm always in the process of organizing my materials.  I've changed my methods many times.  I try one way then another then another until I find what works best for me. 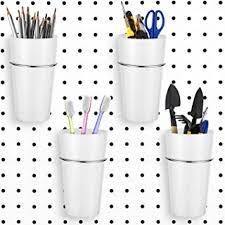 They didn't look at all like this picture, and there were so tall, I had to put some foam and paper so I could see which pens I had.

I went through several types of paper storage for scrapbooking:  First was a tall rolling cart of sorts where the paper would often get dusty from sitting out exposed.  I've tried stackable trays, but they take up too much room.  Now I am using  drawers for my solids... (I have two of these on a table) 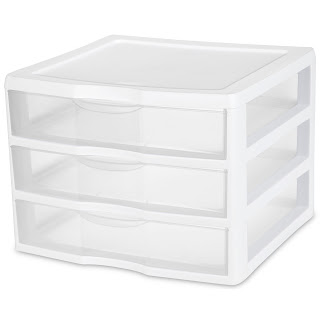 And these upright cases that are kind of like magazine holders (but bigger) for my paper pads. 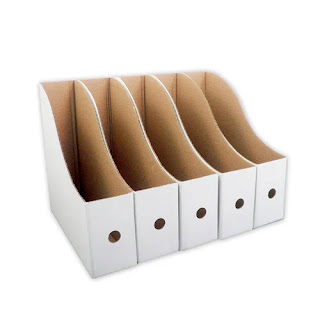 I tried using an inkpad storage container, but most of my ink pads wouldn't fit. 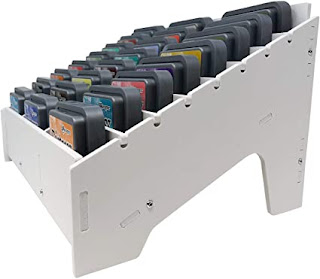 It also took up a lot of room, so I went with a regular plastic box for inkpads.

I keep my vinyl, paper scraps, and current projects in 12x12 bins that fit perfectly under the paper table. 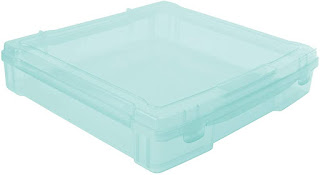 I have my sewing notions (needles, thread, bobbins, marking pens and so on) in the pokets of an old hanging jewelry organizer similar to this one:

I think there might be a better way to do this, although it's very handy hanging on the wall right by where I sit to sew.

I've tried several ways to organize stickers and die cuts. I started off using a zippered binder system, but it became too much of a hassle.

Then I began using a Creative Memories sticker keeper. 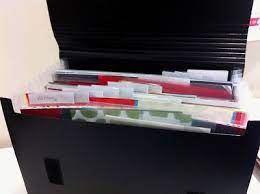 But I don't really like it.  It's kind of messy looking, and regardless of the tabs, it is difficult to find what I'm looking for.  So I started using this instead. But I haven't relocated my stickers to this organizer just yet.  Any suggestions for sticker storage that might look better and take up less space?

I'm really having trouble designing my pegboard where I will get the most use out of it. I basically took everythign down and restarted this project. 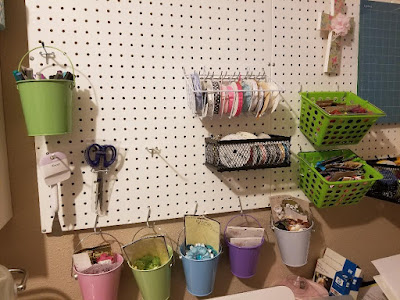 I ordered some cups for pens, but they were too tall and sat on the pegboard unevenly so for now, they are in the green bucket near the top left of the pegboard. 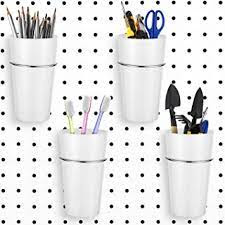 They were too tall, so you couldn't see what you had  in them without putting something in the bottom, and they were very flimsy.
Then I purchased some excellent baskets that go diretcly into the pegboard, but I realize two is not enough.  I may have to go get another set. I had everything on my pegboard then decided I wanted to rearrange things and took almost everything down..  Had no idea how difficult it would be! 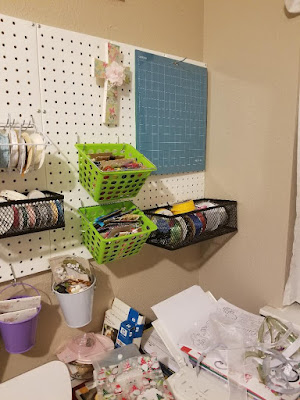 I really wanted all of my containers to match to some degree, but they didn't have it in white,  I'm not sure where to put everyhing.  I have cricult tools, jewelry and craft wire, scissors and tape products that need to go somewhere..  I've resgined to myself that it's not all going to match.  I would love to hear your craft room organization hacks . Fire away!
And visit Friendsip Friday and Crafty Creators for many more crafty ideas!  Have a great weekend!
Posted by Forgetfulone at 12:22 AM