Here's Cooking at You, Kid! 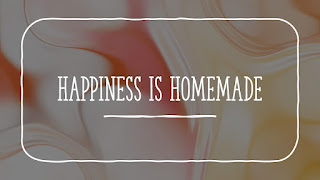 I'm not vegan, but I made a meal for my son-in-law, finally, because he is!  I'm pretty much a meat and dairy eater, so this was something new that I've wanted to do for a while.  It turned out delicious, if I do say so myself.  I made pesto pasta, veggies, and garlic French bread.

The pesto sauce was made with olive oil (of course), lots of fresh basil, pine nuts (I love them so much), spinach, garlic, water, lemon juice, salt, pepper, and nutritional yeast.   I learned that nutritional yeast, which is also considered a superfood, is often substituted for parmesan in vegan cooking.  It's not extremely cheesy, but has a nutty flavor that is quite pleasing. 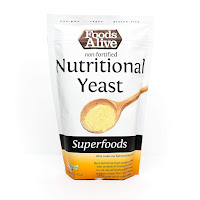 My sauce was loosely based on this recipe, but I usually taste test as I'm making it and never end up following the actual measurements. 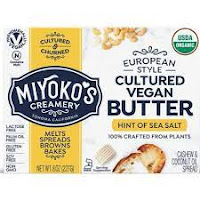 The noodles I used were Pasta Zero spaghetti shaped shirataki noodles which are plant-based (made from konjac plant root).

The noodles, sauce, and veggies were all mixed together prior to serving. I will definitely make it again, even if my son-in-law isn't here to eat with us.  It was just that good!
Happiness is Homemade Link Party.
Posted by Forgetfulone at 12:18 AM

Email ThisBlogThis!Share to TwitterShare to FacebookShare to Pinterest
Filed Under: happiness is homemade, recipes