Today is St. Patrick's Day.  Since I'm half Irish, I thought I'd collect a few facts about it.

1.  Saint Patrick was born in Britain. At age 16, he was kidnapped and taken to Ireland as a slave.   He escaped 6 years later but returned to Ireland. 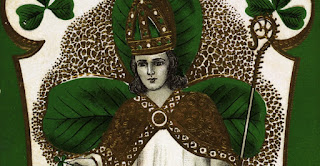 2.  He is Ireland's patron saint who brought Christianity to Ireland. (My daughter visited St. Patrick's Cathedral a few years ago and took this photo.)

4.  Since it occurs during Lent, St. Patrick's day was observed by first attending church then celebrating in the afternoon.  The prohibition of consuming meat was waived so celebrants could feast on traditional Irish bacon and cabbage.  Now people eat corned beef and cabbage. 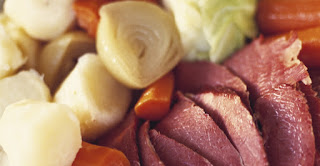 5.  The shamrock, Irish clover, is associated with St. Patrick's Day because this is what he used to explain the Holy Trinity to  them. 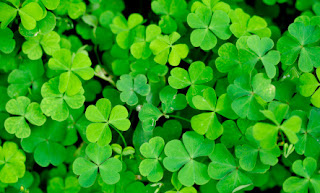 6.  On March 17, 1762, Irish soldiers who were serving in the English army marched in New York City. This was the first St. Patrick's Day parade. 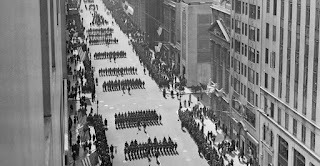 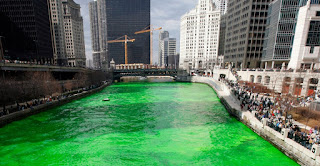 8.  Even the Coliseum in Rome is "turned" green for St. Patrick's Day.  (My daughter was there last year.) 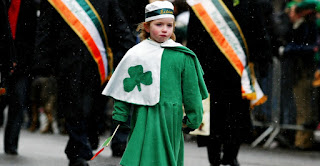 10.  It was St. Patrick's idea to superimpose a sun onto a cross creating the Celtic Cross.  The sun was a symbol of Irish lore, so he incorporated it with the cross to make it more natural to them. 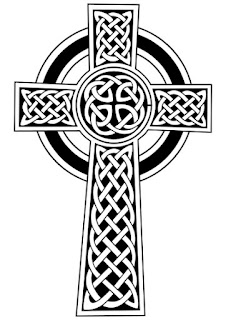 11. St. Patrick's blue was the color of St. Patrick's Day until the Irish nationalism became  more popular during the 1790's.  From then on, green has been the color associated with it. 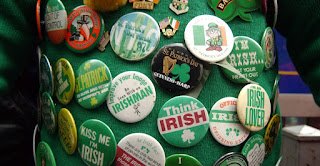 12. The correct abbreviation for St. Patrick's Day is NOT St. Patty's.  It is St. Paddy's Day.  Patty is short for Patricia.  Paddy is short for Padraig, a variant of Patrick. 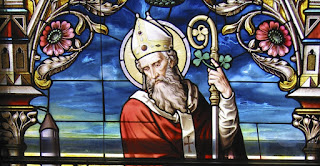 13. As for Saint Patrick banishing all the snakes from Ireland... That one is a myth.

Thanks to the History Channel for providing photos & information that helped in my research.

Subscribe in a reader
Posted by Forgetfulone at 10:54 PM

Email ThisBlogThis!Share to TwitterShare to FacebookShare to Pinterest
Filed Under: holiday, thursday thirteen