A week ago, I had a terrible car accident.  As many of you know, I'm still recovering from shoulder surgery as well.

I am lucky not to have any life-threatening injuries, though my car is likely totaled.  I didn't escape unscathed, though.  I am bruised and sore.  I have bruises on my chest, both hips, legs, stomach, back, and feet.  My back is obviously not aligned. It's difficult to walk until things get loosened up.  And my right collar bone has a knot on it. It's swollen, I guess, and I am in constant pain.  I did have x-rays directly after the accident, but I don't know if they got my right collar bone.  I also so my orthopedic doctor to make sure I didn't re injure my left shoulder, and he requested an MRI for which I don't know the results yet.  I've been having stomach issues that I don't know whether they are related to the accident or something I ate.  Who knows?  I'm just so tired. 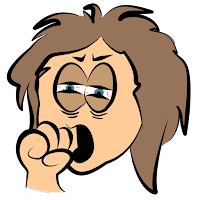 Someone asked me how I was doing yesterday, and I said, "I hurt all over," and she responded by asking "Still?" as though she can't believe that 6 days later I'm still hurting.  Is that uncommon?  And of course, I'm still healing from my shoulder which they told me would take 3-6 months.  I'm at 2 months past surgery and still going to physical therapy.

So, here's what happened... I was at a stop sign waiting to cross a street that has two lanes going in each direction and a median in the middle.  I waited for several cars to go, then I waited until the car in the center turn lane went, then I began to cross.  The sun was in my eyes, a pole obstructing my view, and I absolutely did not see the white truck until it was too late.

The police were there in a very speedy fashion.  A lady who didn't see the accident happen stopped anyway, and she came over to pray with me.  Another lady stayed for a while, and I think she gave a statement.  She also kept coming to check on me.  My husband was there pretty quickly, too, and a friend from work came even though she didn't have to.

As it turns out, the driver who hit me was driving a business truck, a 2009 Chevy Silverado with a lot of equipment in the back.  The business was Aquaduct Plumbing Company.  The business had an insurance policy on the truck; however, the driver was from Honduras and had no state driver's license or personal insurance.  I really want everyone to know about this fact.  Why does a company allow an unlicensed illegal immigrant drive a company truck?  That really bothers me, but it seems there may be nothing I can do about it.  I'm the one who had they stop sign, but I honestly didn't see him until it was too late.
We will probably hear more from the insurance company today, but I feel certain it was totaled.  The front passenger wheel was bent halfway inward, the key wouldn't come out of the ignition, and the trunk wouldn't open.  I'm in pain, scared to drive, though I have, and angry about the situation.  Thoughts?

I'm loving everyone's back-to-school photos!  I didn't have school age children to photography this year or last, but I do have a picture of my daughter after we set up her dorm room ten days ago.  This is after we made her bed.  The walls weren't decorated yet, and the picture fails to show the really nice size of her room. I don't remember living in dorms with as much space as she's had the last two years.  And this year, she and her roommate have a private bathroom.  Cool!

I had a good first day of school in spite of my bruises, aches, and pains.  I'm ready for a great year no matter what?

I'm linking up with Stacy Uncorked since this is a fairly random post.  Visit Stacy!  You'll love her blog!

Subscribe in a reader
Posted by Forgetfulone at 12:17 AM

Email ThisBlogThis!Share to TwitterShare to FacebookShare to Pinterest
Filed Under: daily life