I've been saying it for years!  I don't need a new year in order to make a change.  I think a goal can be set and reached at any time during the year when someone actually wants to make a change.  There is nothing wrong with making resolutions or setting goals, but chances are, I wouldn't be able to keep it, which reminds me of this cartoon I saw on Facebook. 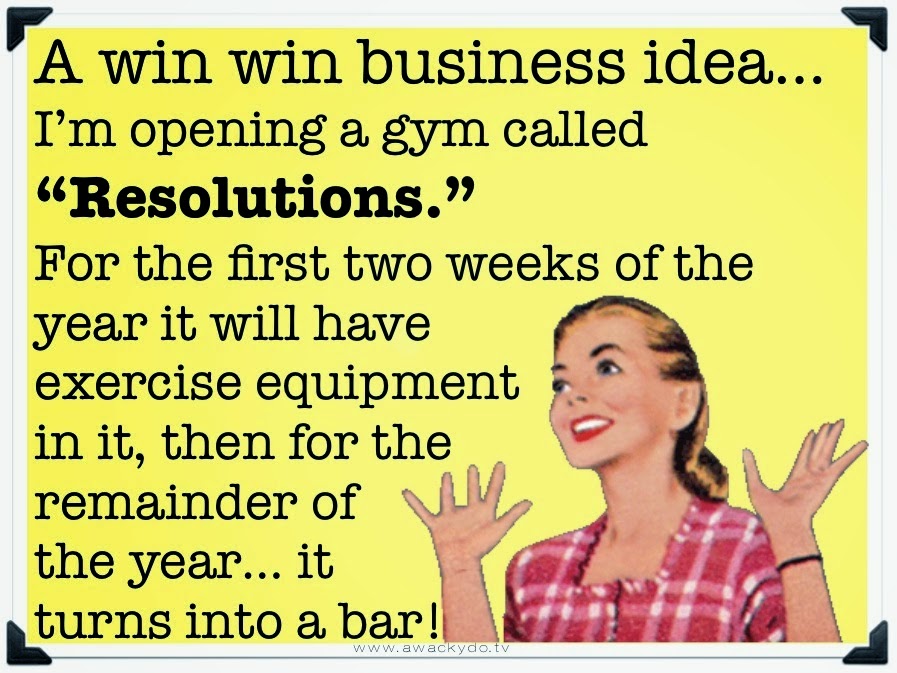 I don't know for a fact, but judging by commercials, I'd say weight loss is at the top of the list for resolutions.  I wonder how long people make good on that resolution.  I know intentions are good, but it's such a commitment!  There is so much pressure to keep your resolution, and people tend to give up if they have a bad day or two.

I did read about a terrific idea (on buzzfeed) that replaces resolutions.  It's called rememberlutions!  It involves keeping a jar (all year) in which you place slips of paper where you have written things you wish to remember.  These can be anything!  For example, my first rememberlution will be reading my "One Year Bible" every day for a week.  Of course, I hope I read it every day all year, but it's certainly something I want to remember.   (Image link above) 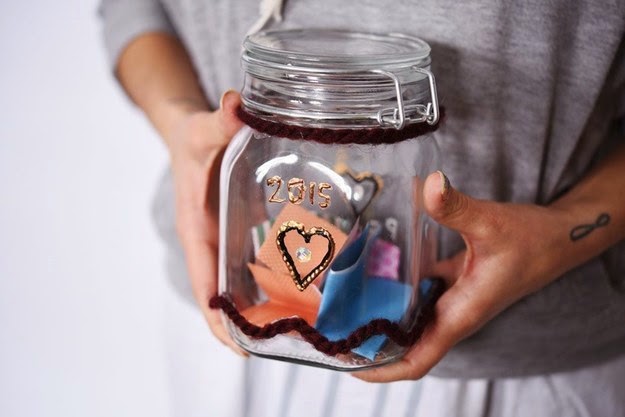 It could be any type of accomplishment such as... a new job, a recognition at work, a friend getting married, learning a new skill, going somewhere you've always wanted to go, or even something simple like, "I took the stairs instead of the elevator today."  I didn't invent the rememberlutions jar, but I think it's a grand idea!  You can read all about it here!

This works for me!  Link up with Works-for-me-Wednesday here, and at the new home of WFMW next week.

Subscribe in a reader
Posted by Forgetfulone at 10:00 PM

Email ThisBlogThis!Share to TwitterShare to FacebookShare to Pinterest
Filed Under: daily life, goals, works for me wednesday