TV Shows of My Childhood 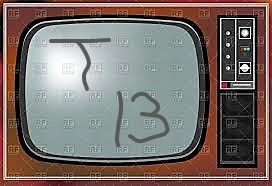 When I was very little, we only had a few TV channels:  ABC, NBC, CBS, PBS, and two UHF channels that didn't even have names.  After the late show, about midnight, nothing was on TV but either static or a picture of the American flag.  They always played the Star Spangled Banner before they went off the air.  There was NO 24 hour TV!  And no remote control!

Do you remember waking up on Saturday morning, ready to watch cartoons?  They weren't on 24/7.  They weren't even in Prime Time until The Flintstones debuted.  I'm feeling nostalgic, so I'm looking back on the TV shows I grew up with.  I hope you liked some of them, too.

The Brady Bunch - 1969-1974 - A man with three sons marries a woman with three daughters.  Add the housekeeper to a newly blended family, and you had some crazy misadventures!  This is also where I first saw Davy Jones and the Monkees. 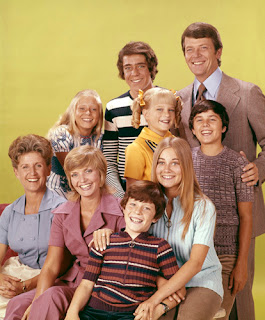 The Munsters - 1964-1966 - Herman, Lily, Grandpa, Eddie, and strange cousin Marilyn.  Frankenstein is married to a vampire whose father lives in the basement, and their son is a werewolf.  Marilyn is the unusual one (read - not a creepy monster).  The Munsters was already in reruns by the time I was really old enough to watch them, but I sure thought the telephone booth coffin was freaky!
Plus, I liked Pat Priest as Marilyn, not the other girl. 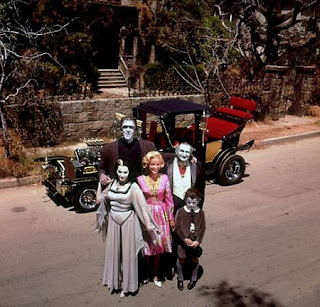 The Pink Panther Show (cartoon) - 1969 - I'm surprised this was only one year.  I loved it.  It was my favorite Saturday morning cartoon.  This pink cartoon cat was groovy!  He didn't have any time for Inspector Clouseau, Sargent Deaux Deaux, the Aardvark, or any number of annoying gadgets.  They tried resurrecting the series in the 70's, but it bombed. The Andy Griffith Show - 1960-1968 - I watched this in reruns, too since I wasn't even born until '65.  I think one reason I loved this show is my daddy loved it, too.  Andy Griffith still reminds me of my dad every time I see him or hear something about him.  Or Mayberry (Thanks, Rascall Flatts)  Who can resist Sherriff Andy, Opie, Aunt Bee, and especially Deputy Barney Fife.  They had lots of laughs, and there were simpler, more wholesome laughs. 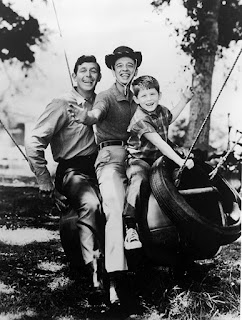 The Beverly Hillbillies - 1962-1971 - Hillbillies inherit millions of dollars when oil is found on their land, so they move to Beverly Hills.  Their mansion has a cement pond, a "fancy eatin' table" (billiards table), and you can probably find Granny in the kitchen making her roomatiz medicine or cooking up some delicious possum.  Jed Clampett, Elly May, Granny, Jethro, the Drysdales, and Miss Jane sure got in a lot of trouble!  And it was so much fun! 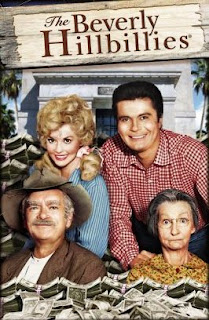 The Flintstones - 1960-1966 - Another cartoon I saw only in re-runs!  This was probably my absolute favorite!  I loved all the "gadgets" they used to wash dishes, take showers, send messages, and power their cars during the Stone Age.  Lovable Fred, Wife Wilma, and pet Dino palled around with Barney and Betty Rubble.  They finally had children, Pebbles and Bam-Bam.  This was a great Hanna-Barbera cartoon!


The Jetsons - 1962-1963 - No, I wasn't born yet, so yes, re-runs again.  While the lack of technology made the Flintstones funny, the abundant technology made the Jestons more fun.  I can still sing the theme song as many of you probably can, too.  George Jetson and his family, Jane, Judy, Elroy, pet Astro, and Rosie the Robot were great characters always getting into trouble.  The Jetsons made me think that we would have flying cars by the year 2000! 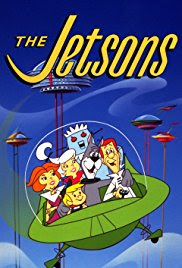 Gilligan's Island - 1964-1967 - This is another theme song I can sing word-for-word still.  I think back on this show and realize how NOT politically correct it would be in this day and age, but it sure was funny then!  I think my favorite characters were Gilligan and Mary Ann.  But I liked them all:  The Skipper, the Professor, Ginger, and Mr. and Mrs. Howell.  I think I liked the episodes where they were putting on some kind of show best, especially the Hamlet episode.  I always wondered how they were able to make all of those gadgets and some of that food with only the items that were on the island.

Mister Roger's Neighborhood - 1968-2001 - Can you believe there were 31 seasons of Mister Rogers?  Fred Rogers came across as the kindest, gentlest man, and he was so sincere.  I don't think he was acting at all.  I believe that was his true persona.  My favorite segment of each show started with the trolley taking us to the Neighborhood of Make-Believe with its puppet characters.  I supposed I liked Daniel Tiger the best.  I also liked when a "neighbor" would visit.

Heckle and Jeckle - 1956-1971- These two smart-alecs were one of the cartoons I looked forward to on Saturday morning.  Did I mention they are magpies?  I supposed this cartoon also would not be politically correct in this day and age, but I enjoyed it. 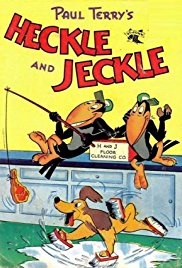 The Huckleberry Hound Show - 1958-1961 - I watched this one in reruns, too.  I especially liked my blue-furred Southern friend Huckleberry, but I also liked Pixie, Dixie, and Mr. Jinks.  The format of this show was a little different than other cartoons.  You never knew if Huckleberry was going to be a detective, a scientist, a soldier, or even a policeman. 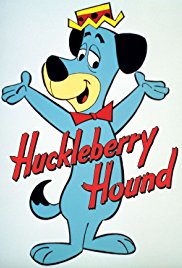 Bewitched - 1964-1972 - I always wished I could wrinkle my nose like Samantha and make some magic happen.  I loved this show, even after they changed Darrens.  I thought Tabitha was adorable, and I think everyone was a little scared of Endora.  My favorites were the neighbors, Abner and Gladys Kravitz.  She sure had a lot of "sick headaches."  I especially liked the episodes were Elizabeth Montgomery also played Serena.  And when Paul Lynde appeared, what a treat! 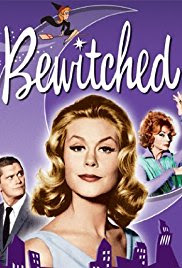 Hazel - 1961-1966 - Played by Shirley Booth (and yes, I watched in re-runs), Hazel was the maid and housekeeper in the Baxter household where she kept things ship-shape.  Hazel ran the show, and she always solved everyone's problem.  I always wanted to have a housekeeper like her! 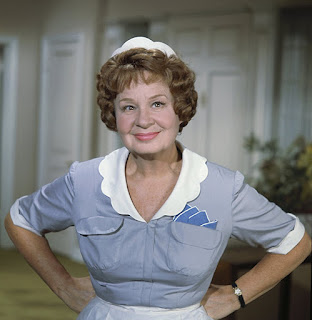 Subscribe in a reader
Posted by Forgetfulone at 5:00 PM

Email ThisBlogThis!Share to TwitterShare to FacebookShare to Pinterest
Filed Under: nostalgia, thursday thirteen