Brought to You by the Letter R

Join ABC Wednesday for some fun with words. 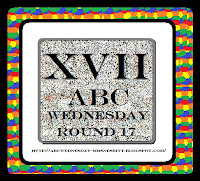 R is for Rankin, my maiden name.  Unfortunately, my sister and I, and a few female cousins are the last of the Rankins.  Our name will not be carried on to a new generation.  I had one male cousin with the last name Rankin, but he never married and has already passed on.

The name Rankin traces its roots back to medieval times from England, Scotland, and Ireland.  My ancestors came mostly from Ireland.

The name Rankin was a combination of the name Randolph (the Ran part of it) and the suffix kin.  Rankin settlers began arriving in the United States in 1650.  The first Rankins in the US settled in Virginia and New England.

I'm proud of my heritage and my maiden name.  I wish it could go on, but it just didn't work out that way.

Subscribe in a reader
Posted by Forgetfulone at 10:55 PM

Email ThisBlogThis!Share to TwitterShare to FacebookShare to Pinterest
Filed Under: ABC Wednesday, family