TV Shows I have been watching lately, not in any particular order. 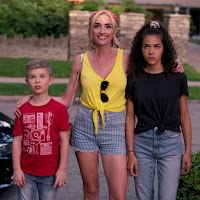 1.  Ginny and Georgia.  Slightly unrealistic and sometimes a bit too melodramatic, but also fun. 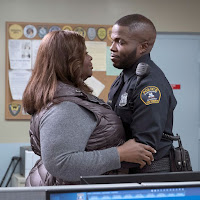 3.  Good Girls.  This was a surprise for me! It's also a little unrealistic but so much fun to watch!  I especially love Retta, Reno Wilson, and Manny Montana!

4. Say Yes to the Dress.  Whether it's Atlanta, England, Canada, or Kleinfeld, I love dresses!5.  Swat.  I binged the first three seasons.  Now I can't wait for a new episode to come out.

6.  Young Sheldon.   I wasn't impressed at first, but just like with The Big Bang Theory, it grows on you.  And I can just picture grown-up Sheldon based on young Sheldon's acting.

7.  The Neighborhood.  Beth Behrs is so much better in this than in Two Broke Girls.  Or maybe the writing is just better.  I like Cedric the Entertainer, too.

8.  Judge Judy.  She's a hoot!  I think she is hilarious, and I love her sarcasm.  I usually agree with her.

9.  Law and Order SVU.  This show has been on for so long, but  haven't lost interest, although I have noticed that Olivia Benson whispers a lot, which is  mildly irriitating, but the show hasn't gotten old yet. 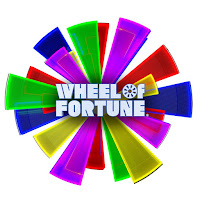 10. Wheel of Fortune.  Who doesn't like this show?  It's a grown-up version of Hangman for money.

12. Dateline .  I especially like when Keith Morrison is the correspondent.  And I had no idea that Matthew Perry (Friends) was his stepson.  But Keith and that voice!

13. The Good Doctor.  I've always liked medical shows like ER, Chicago Hope, and Code Black.  It took some time to get used to Shaun's character because he is so completely robotic.  I've worked with many autistic kids throughout my years of teaching, and none of them ever sounded that robotic unless they were completely anti-social, which Shaun isn't.  But I do like the show.

What have YOU been watching?

Posted by Forgetfulone at 12:05 AM

Email ThisBlogThis!Share to TwitterShare to FacebookShare to Pinterest
Filed Under: entertainment, thursday thirteen