A couple of weeks ago, the news reported about a fugitive that had hidden in one of his neighbor's doghouse to evade arrest.  It caught my eye because it was only two neighborhoods away. They were operating a theft ring, apparently.  He was already on parole and was driving a stolen truck.  The police officers were nice enough to go back to the house later and repair the fence they had damaged during the arrest.  Let this be a lesson to our children... this is what it looks like to get caught hiding from the police in your neighbor's doghouse.

Yesterday was busy for me!  I spent a long time in the kitchen.  I wanted to make a recipe called American gyros (using beef instead of lamb, which my husband isn't keen on).  Little did I know that it had to be formed, cooked, chilled, and grilled.  The whole process took over two hours!  But it was worth it.  I also made my own tzatziki sauce.

I also made my first strudel cake.  We had a ton of blueberries, so I found a recipe for blueberry strudel.  It turned out pretty good.  I don't consider myself much of a baker.  That usually falls to one of two of our daughters, but it was good.

I've also been trying to exercise some.  My former co-workers from school set up a Facebook group to give us some accountability.  Besides our miles we are supposed to get in through walking or biking, they have added some videos and other workouts to do.  The first one was called Tabata, and I'm going to link it here.  It was pretty tough.  And we have some really difficult ab work coming up.  I'll just do the best I can.  It's too hot to go outside and walk anymore, so I have to do something.

I still haven't gone to the salon, or anywhere really, but I truly need a haircut.  I'm not much of a do-it-your-selfer when it comes to my hair.  I've also been watching TV and coloring with my favorite companion. 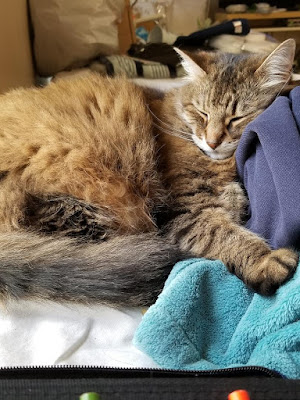 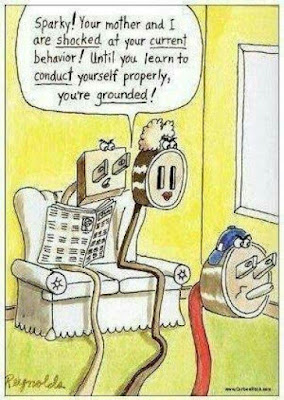 And then, there's this, my parenting style! 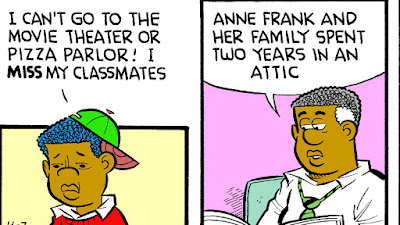 Posted by Forgetfulone at 12:11 AM