I'm participating in 50/50 Friday through The Butterfly Reader's blog, but I think she is on a break right now.  I'm going to do it anyway.

The topic today is...
the best sequel and the sequel that let you down.

I've read a number of good sequels, but one that comes to mind is The Brass Verdict, sequel to The Lincoln Lawyer by Michael Connelly. I loved The Lincoln Lawyer, but The Brass Verdict was just as good, if not better.  In addition to Mickey Haller, Harry Bosch makes an appearance in the novel.  There was more courtroom drama.  The book was full of suspense and surprises! I couldn't put it down! 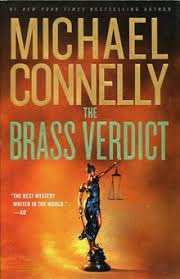 A brief synopsis:  A fellow attorney is killed, and Mickey Haller inherits a huge case defending a studio executive who is accused of killing his wife and her lover.  The person who killed Haller's associate may be coming after him now. 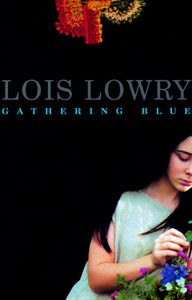 The most disappointing sequel I've ever read is Gathering Blue, the sequel to The Giver. The Giver is one of my all-time favorite young adult books.  Gathering Blue claims to be a sequel, but it had little if anything to do with The Giver except for a mention of Leader Jonas.  (Jonas was the main character in The Giver, and I really wanted to know what happened to him.)  Gathering Blue is about a new character, Kira, who is both an orphan and physically handicapped, living in a society that has no use for the weak.  The story was less suspenseful and things happened at a much slower pace.
Posted by Forgetfulone at 1:17 AM