Here are some fun facts about National Pi Day (3.14) 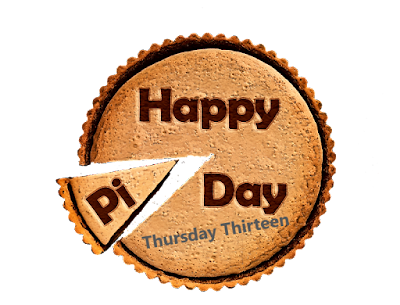 1.  Pi Day is a relatively new celebration in the U. S.  In 1988, Larry Shaw of the San Francisco Exploratorim started the first large-scale celebration in one of their circular rooms.  They have plenty of events "circled" up for today. 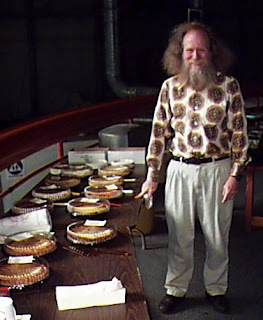 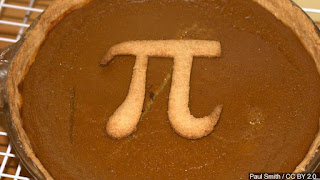 3.  In case you've forgotten, in mathematical terms, Pi is the ratio of a circle's circumference to its diameter, or 3.14. 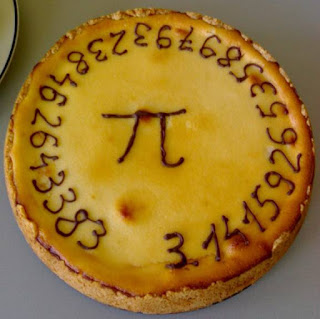 4.  Whole Foods is offering select pies (of the dessert variety) at $3.14 off.  Kroger and Publix also have deals on select pies.  I guess the key word is "select) 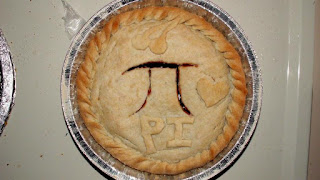 5. You can also get deals on pizza pies.  Check out this site. Who doesn't love pizza? 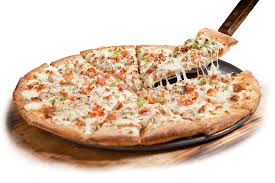 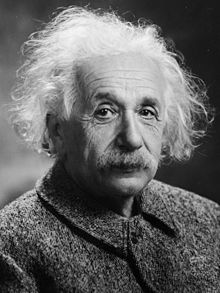 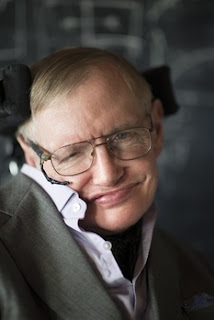 8.  Pi Day has its own organization.

9.  The math teachers at the school in which I teach made shirts that they always wear on pi day, but this year, they won't get to since it falls during spring break. 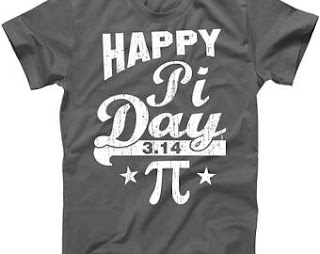 10. Pi Day is not to be confused with National Pie Day, an actual food holiday celebrated on January 23.  National Pie Day was created by Charlie Papazian in the 1970's to commemorate his own birthday.  Papazian, in case you're wondering, is a nuclear engineer, a craft beer brewer, and an author. 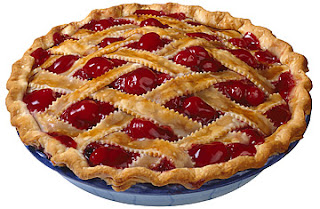 11. Pi was originally calculated by Archimedes of Syracuse who lived from 287-212 BC. 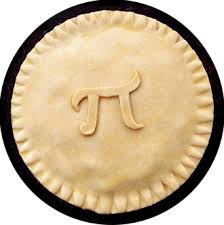 13.  The most important thing about Pi Day, March 14, is that it was my father's birthday.  He's been in Heaven for 14 and a half years, and I miss him every. single. day. 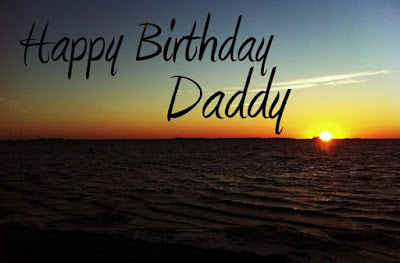 Link up at Thursday 13 for more fun!

Subscribe in a reader
Posted by Forgetfulone at 2:12 AM