I Don't "Do" Father's Day Anymore 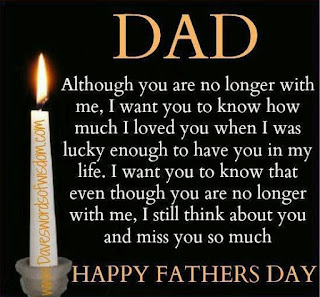 Ten and a half years ago, at the age of 69, my father passed away.  He had not been ill.  In fact, the morning of his last day was spent in voluntary first aid  training.  There were no warning signs.  He died in an instant, and I wasn't there.  My mother was home, but she had recently had knee surgery, so she couldn't get him off the floor.  It wouldn't have helped anyway.  For the next day or two, they kept his heart pumping, and his lungs functioning with machines, but there was no brain activity.  I held his hand while they unplugged the machines.

I would give almost anything to have him back.  My mother says I never really processed my grief, and she's probably right.  It is too painful to actually experience.  In my head, I accept it but in my heart, I'm still in denial.  It just hurts too much.  We had no idea 2003 would be his last Christmas. 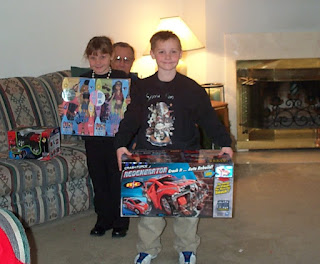 If I spoke to him now, his first question would definitely be, "How are the babies?"  That's what he called my twins, even when they weren't babies anymore.  But they were only 8 when he died, and that makes me the saddest of all. They don't even remember much about him which breaks my heart.  He was a wonderful grandfather. They had so much fun together!  He and my son baked a cake together for the boy scout banquet (Hawaiin theme). 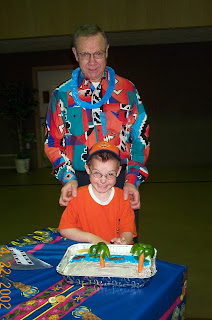 Thing weren't supposed to happen this way.  His dad lived to age 98 and his mom was 88.  He came from strong stock.  According to the medical experts, it is possible for someone to survive his condition, Subarachnoid Hemorrhage.

"When a brain aneurysm ruptures, it causes bleeding into the compartment surrounding the brain, the subarachnoid space and is therefore also known as a subarachnoid hemorrhage (SAH)."
(Brain Aneurysm Foundation)
If caught early, it can often be treated.  How would you catch it if your only symptom is a headache? And since it is often treatable, why did my father die from it?  Is it because it took so long to get help?  I don't have answers.

I miss him so much.  He is still my hero. 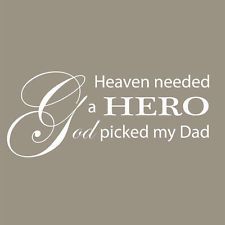 I can still wish my husband a happy father's day, but I just can't celebrate.  My children's dad and I are divorced, and my husband and I don't have kids together.  It's a difficult day for me, just like his birthday and the day he died.

Subscribe in a reader
Posted by Forgetfulone at 12:14 AM

Email ThisBlogThis!Share to TwitterShare to FacebookShare to Pinterest
Filed Under: family, father, holidays