Musing Monday is hosted by Should be Reading.

Right now I'm reading a book called Mistress of the Art of Death by Ariana Franklin.  It's for a book club we just recently restarted, so it's a book a friend chose for all of us to read.  It is set during medieval times.  Four children in Cambridgeshire England have been murdered, and the King of England, Henry, calls on his cousin, The King of Sicily, whose subjects include the best medical experts of the day.  The best doctor (similar to a medical examiner) happens to be a female, so she must hide the fact that she is the doctor because only a man would be accepted as a doctor in England.  While she and her party are in England, the killer strikes again.  I won't give any more of the story away.  It's pretty good!  I'm over halfway, and I haven't been reading it very long. 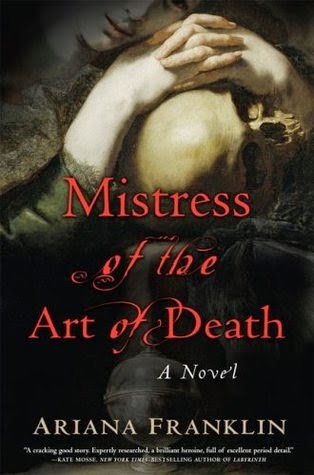 I read whenever I get the chance, and definitely every night before bed.  I recently purchased Three Minute Devotionals, and I like to read that first each night.  Happy reading!

Subscribe in a reader
Posted by Forgetfulone at 11:24 PM