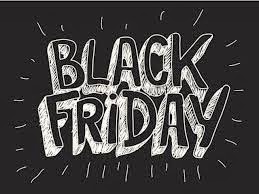 Image Credit
Boy!  Black Friday has sure changed since I went out shopping in 2009.  Prior to that, I went in 2007.  I have always had good experiences, unlike some local shoppers today fighting over TV's at Walmart and purses at Dillards, and I have never seen things get so out of control like the shooting at Nordstrom's in Chicago.  I haven't braved the crowds in five years, and I'm just fine with that.  I don't need any big ticket items, and the amount of gifts I have to buy has dwindled.  I can get a lot of it online, which is the super-easiest way to shop!  Did you brave Black Friday? 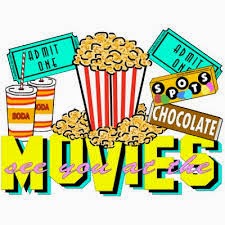 Image Credit
What I did today instead was go to a movie.  My husband is not a huge movie fan, so when a family member tells him he will like a movie, he capitulates and takes me to the movies.  This doesn't happen often, maybe once a year or so.  I usually go to movies with my friends.

The thing is, I rarely like the movies that are recommended to him.  Snatch, Moonrise Kingdom, Inglourious Basterds,  Burn After Reading, In Bruges, and The Grand Budapest Hotel, to name a few.  Oh Brother, Where Art Thou grew on me.  I didn't like it the first two times I saw it.

However, today's movie is not going to grow on me.  Have you heard of Birdman with Michael Keaton playing the lead?  I always think of Michael Keaton as Mr. Mom, a film that was popular the year I graduated high school.  That, and Beetlejuice, which was just creepy to me.  I know he played Batman, but I don't enjoy comic-book hero movies, either.  I like Emma Stone, who played his daughter, but I didn't like her character, or lack of character, actually.  The storyline was unimpressive, and parts of it were just weird.  Someone told us they laughed so hard, but I didn't think anything in it was funny.  It was actually quite depressing.  A washed up actor with a highly dysfunctional family and group of friends tries to write, direct, and star in a Broadway show.  In my opinion, it had no redeeming qualities.  It's just my opinion!

Next time, I am choosing the movie!  I still haven't seen Gone Girl, Mockingjay, The Judge, or Horrible Bosses 2.  I think I will enjoy those four.  What type of movies do you like?

Subscribe in a reader
Posted by Forgetfulone at 11:30 PM

Email ThisBlogThis!Share to TwitterShare to FacebookShare to Pinterest
Filed Under: movies, opinion, shopping