Some of these things may apply to the state where you live, but I wonder if all of them do.

1.  Homecoming.  Football is BIG in Texas, and there is no game bigger than Homecoming.  Our girls wear mums on Homecoming (and the guys often wear smaller mums on a garter around their arm), and the bigger the mum, the better.  Three or four flowers, dozens of ribbons, teddy bears, boas, and all other kinds of goodies.  They have become gaudier over the years since I was in high school.  Then, it was a single mum, a few ribbons, one with your name, one with your boyfriend's name, and one with your school name.  They're over the top now. 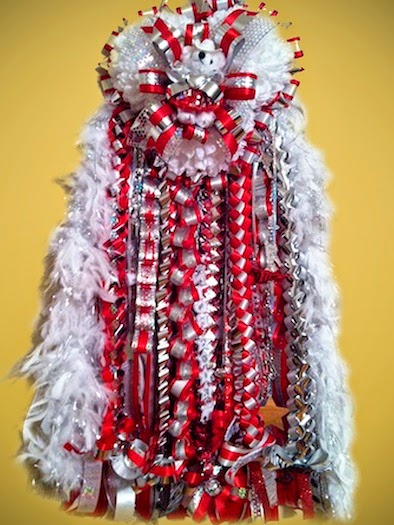 2.  The first week of October saw temperatures in the high 90's.

3. You can request a jury trial for a simple traffic offense.  My husband was called for jury duty a couple of weeks ago for an illegal left turn.  Six people missed a day's work, plus the court's pay and time, for a $200 offense.

4.  People wear white after labor day because... who cares?  It's 90-something degrees outside!

6.  Our state capitol's slogan is "Keep Austin Weird" and has an annual WeirdFest. 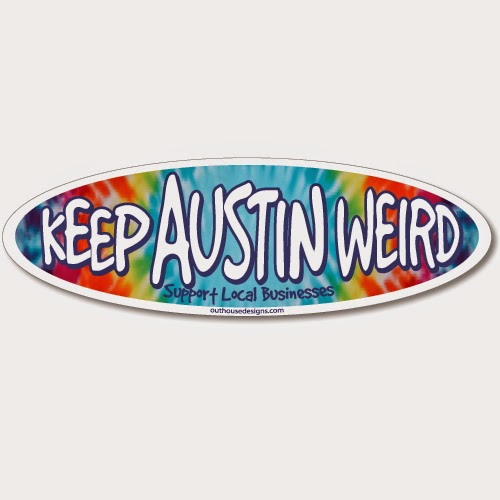 7.  Our state capitol is also the live music capital of the world.

8.  Although we are largely a "red" state, "blues" dominate our capitol city.

9.  Females tend to shave their legs and schedule pedicures throughout the entire year.  We never have a month where there is not at least one day you couldn't wear shorts, or at least capris.

11.  We have a Congresswoman who can't pronounce vast (vass), ebola (e-bowler), ambulance (ammulance), and a whole host of other words!  Luckily, she doesn't represent my district.

12.  We not only say the Pledge of Allegiance every morning at school, we also say the Texas Pledge every day.  Honor the Texas flag, I pledge allegiance to thee, Texas, one state under God, one and indivisible.   The words "one state under God" were added in 2007, about the same time they started making us say it every day in school.

13.  Yes Ma'am, No Ma'am, Yes Sir, and No Sir are considered respectful, not sarcastic or insulting.

Subscribe in a reader
Posted by Forgetfulone at 10:47 PM