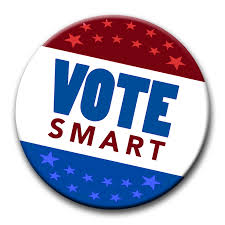 Most of you know that I am a school teacher.  My local school district is having a bond election.  Skip the next few paragraphs if you're bored with these issues, but please read the last part where I get to what is really gnawing at me.

In addition to several board positions, the 367 million dollar bond includes182 million for school improvements in several building that are over 40 years old.  I am so on board with that.  It's desperately necessary.  It also includes 87 million for school safety improvements, which I am in complete agreement with as well.  However... they have lumped these improvements into the same bond as millions of dollars for extra-curricular needs.  They are planning repairs on our agricultural facilities (not a bad thing), and replacing some musical instruments (also not a bad thing).  But they also want to build a brand-new stadium because, apparently, the two "wealthier" high schools think they need a separate facility.  In addition to this, there is 45 million to go toward technology.  Part of this proposal includes purchasing tablet computers to issue to every student in grades 4 through 12.  This is the part that is going to cause me to vote against the bond (not to mention that it will raise my taxes).

Does a sixth grader, much less a fourth grader, who cannot keep up with a library book need to have a tablet computer issued to him or her?  I can only imagine the issues we would have.  Lost, stolen, and broken computers we would then have to replace.  The parents won't be able to pay for them.  The students who would more likely lose them are going to be those that wouldn't be able to afford to pay for them should something happen.  And I can just imagine someone's parent or older sibling stealing the tablet and selling it for... gosh knows what!?  I realize that technology is the way of the future, but I don't think we need to be there tomorrow.  It takes time. I think they should have considered replacing teacher computers and the computers in our labs before they even think about issuing tablets to every student.  It's just my personal and professional opinion based on years of experience in the classroom.

I think the school district should have separated this into several bonds for the voters rather than lumping them all into one.  They shot themselves in the foot by doing that.  I also think the school district needs to make sure the voters are aware that our district is already in great debt.  This will simply add to that debt instead of having our administrators and school board prioritize needs and manage things within our budget.  Wow!  Sounds  a lot like our federal government, doesn't it?

The biggest issue for me has been this... I feel FORCED to vote, and they have STRONGLY INFLUENCED us to vote FOR the bond.  I plan to vote against it on principle.  We have been bombarded with emails and phone messages, sometimes several per day.  We have been offered incentives (nothing major, just casual dress for two weeks) for voting.  We were told they would even cover our classes if we needed to go vote.  Is that ethical?  I think it's a conflict of interest.  If I were sending political messages and/or offering incentives for voting, I would be fired.  I do not think it's okay for them to inundate us with political messages and offer incentives for "talking up" the bond, which I won't do.  What do you think?
Posted by Forgetfulone at 10:39 PM

Email ThisBlogThis!Share to TwitterShare to FacebookShare to Pinterest
Filed Under: opinion, school