The lives of our children and youth are so different now than they were 30-40 years ago.  I didn't have an Xbox or even a handheld game device, much less the Internet, but I think I had a really good imagination as did my peers.  We had to!  Without an imagination, we would have been bored out of our minds.  I was bored my fair share of the time... car rides for example.  That was a rite of passage in our era:  No movies to watch, radio on your parents' favorite music, sitting in the back seat - or the back of the station wagon!

I was pretty much a girlie-girl growing up.  My favorite thing to do was to play "house."  I loved my baby dolls!  My favorite one was a doll I named Chrissy (I think it was spelled Crissy, but she was my baby). She had an auburn ponytail they called "growing hair."  I loved that doll!  I played "house" with her for hours on end.  I got her when I was in first grade, I think. 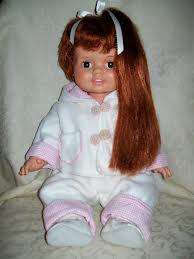 The last doll I got was a Baby Alive.  I think I was the only fifth grade girl who wanted a doll for Christmas that year.  I loved feeding her, changing her, dressing her, and being her mommy. 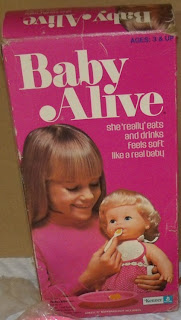 My second favorite thing to do was play with Barbies.  My favorite one was a Barbie with dark brown hair that flipped up on the ends. 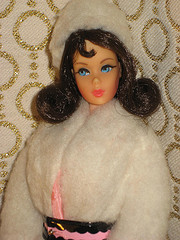 I had suitcases full of clothes and shoes.  I had an old Barbie house, not one of the "Dream" houses they came out with when I had almost outgrown them.  I also loved Skipper, expecially the one with ringlet pigtails and my "Dawn" dolls which were even smaller than Skipper.  They had beautiful ball gowns! 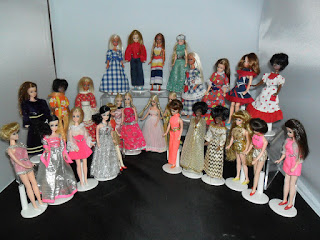 I also loved playing with paper dolls.  I wonder how long kids today would be entertained with those? 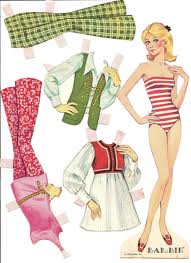 And I enjoyed playing "school" with all of my dolls.  Maybe that's why I became a teacher, but the class I ran back in those days was so much better behaved than the ones I have now!  It's so much fun taking a trip down memory lane.
Posted by Forgetfulone at 10:54 PM

Email ThisBlogThis!Share to TwitterShare to FacebookShare to Pinterest
Filed Under: kids, memories, nostalgia