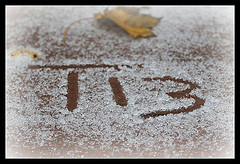 I'm linking up with Thursday Thirteen today.  Come and play along!
I am enjoying watching the Olympics this summer. Here are some of my Olympic memories.

1. When I was growing up, the winter and summer Olympics were held in the same year every four years. It wasn't until 1994 that they became every two years, first Winter in 1994 then Summer in 1996 and so on. I think I preferred them being held all in the same year.

2. I remember when Dorothy Hamill, with her cute pageboy haircut, won the gold in ladies single figure skating at the 1976 Olympics. 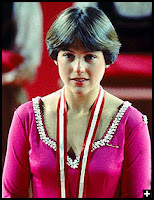 3. Another figure skater I remember well is Katarina Witt from East Germany who won gold both in 1984 and 1988.

4. Who could forget Kristi Yamaguchi wining the gold medal in figure skating in 1992?

5. The bronze medalist in 1992 came back to win silver in 1994, Nancy Kerrigan. That was amazing in and of itself due to Tonya Harding’s attack on her at the US competition that year. Tonya was noticeably absent from the Olympics that year. 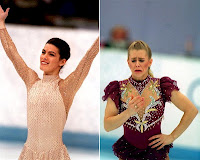 6. I remember our gold medalists in the Men’s single figure skating from both 1984 and 1988, Scott Hamilton and Brian Boitono.

8. My very first memory of the summer Olympics is watching Olga Korbut win gold medals on balance beam and floor exercise in 1972. I was very young at the time (6 or 7), but I was quite interested.

9. Another of my earliest Olympic memories is when Nadia Comaneci from Romania scored a perfect 10 on balance beam at the summer Olympics. They later changed the scoring so a ten is not perfect anymore. 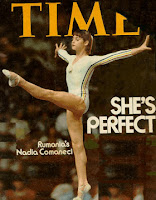 10. Nadia’s coach Belya Korolyi moved to the United States in 1981. He coached Mary Lou Retton to an all-around individual gold medal for gymnastics in 1984. She was so petite and cute.

11. I loved it when our US girls took home the gold in the team competition in 1996 in Atlanta. That was a great group of girls: Shannon, Dominique D., Kerri, Amy, Amanda, Jayci, and Dominique M. They rocked Atlanta!
12. Sadly, I remember the bombing that took place in Atlanta in 1996. It killed one woman and injured 111 others. One of the security guards who found the bomb (Richard Jewell, who was quite a hero, in fact) was falsely accused of setting the bomb.

13. It was quite exciting, though not a first, when the US men’s basketball dream team won the gold at the 1992 Olympics. This was probably the first year I really paid any attention to a sport other than figure skating swimming, or gymnastics. I loved these guys! My favorite player was Clyde Drexler, but I also have a lot of respect for Michael Jordan, Magic Johnson, Scottie Pippen, and Larry Bird. 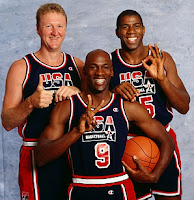 I love the Olympics!

Subscribe in a reader
Posted by Forgetfulone at 11:57 PM