The Chronicles of New York: The Lady, the Witch, and the Subway 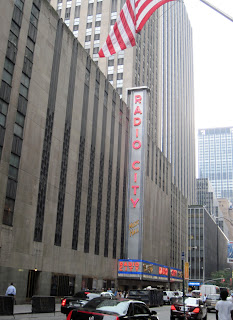 I've already written once about the subway, but we also took buses through town.
This is a lesson in contrasts.

If you're from the South like me, you have a pre-conceived notion of most New Yorkers as crass or abrasive.  For the most part, this couldn't be further from the truth in most of my encounters in New York.  However, the bus driver on the first bus we took fit the description to a T.  He drove erratically, seemed rushed at every stop, honked at anything that moved or didn't move, and most definitely didn't enjoy his job.  (Who can blame him, really?)

At one point, a lady was asking him questions before she would get on the bus.  She probably wanted to make sure she was getting on the right bus.  After a few quick questions, he basically told her to either get on the bus or go away.  Then, he said, more to himself than anyone else, "Do you want me to kiss your ass, too?"  My jaw dropped!  If he worked in Houston, he would no longer have a job, but no one else seemed floored by his remark.  That sealed the deal on my image of New York bus drivers, at least for a while.

One of the last bus rides we took was not much different really.  The bus driver didn't seem to enjoy his job, and he seemed hurried and annoyed, but not quite so much. There was a blind man on our bus.  Someone walked him on the bus and told him which stop to get off then left him alone, but he missed his stop.

When the bus driver was made aware of this, and we made it to the next stop, he walked the blind man off and apparently told him what he needed to do.  But he didn't stop there.  He walked him across the street and down to the new bus stop, all while we waited patiently.  I was so impressed!  Talk about a contrast!  Everyone applauded him when he returned to the bus, but he didn't seem fazed.  All in a day's work.  And my opinion of New York bus drivers rose exponentially.

Subscribe in a reader
Posted by Forgetfulone at 8:15 PM

Email ThisBlogThis!Share to TwitterShare to FacebookShare to Pinterest
Filed Under: vacation