Welcome!  Today I am going to describe reasons to watch Bridgerton, in my opinion, of course. It's not my typical type of show to watch, so I didn't think I would like it.  Boy was I wrong!

1.  When I first saw the advertisement, I thought, I should watch that for the costumes alone!  And the costumes are fabulous! Men, women, performers, all have beautiful costumes! 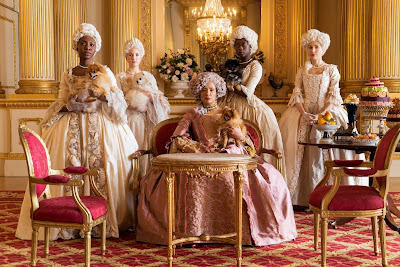 2.  Shonda Rhimes is the producer.  She is responsible for such shows as Grey's Anatomy, Scandal, How to Get Away with Murder, and For the People, to name a few. 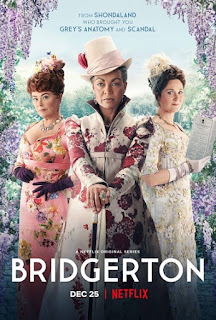 4.  The show is based on an eight-book series written by bestselling author Julia Quinn.

5.  The dancing!  I enjoy watching the dances of times long ago that involved many different couples, almost like a 19th century flash mob.  I don't know how else to describe it.

6.  The accents.  When you aren't British, it's fun to listen to them. 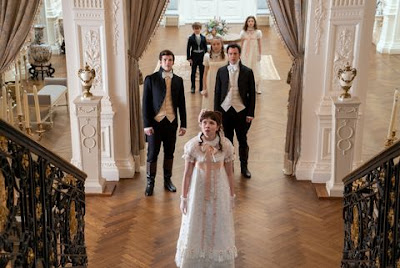 9.  Beautiful women and handsome men, especially the Duke of Hastings as played by Rege'-Jean Page (formerly from the show For the People). 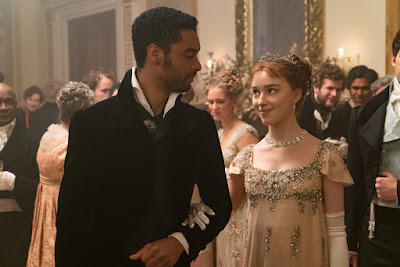 10.  It has an outstanding musical score.

11. The acting is actually quite good. And the characters are interesting and developed well.

12. Julie Andrews is the voice of Lady Whistledown.

13. A huge surprise occurs at the end of the 8th episode of season 1, a solution to a suspenseful mystery.  It will leave you wanting to watch more and wanting to re-watch the first season. 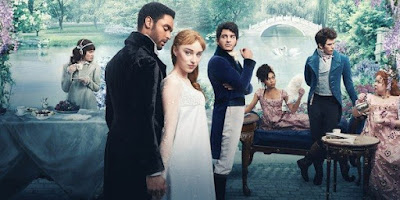 Link up or come hang out at Thursday Thirteen.
Posted by Forgetfulone at 1:57 AM

Email ThisBlogThis!Share to TwitterShare to FacebookShare to Pinterest
Filed Under: entertainment, thursday thirteen