I'm linking up with Sandee and Stacy  today. 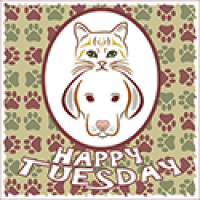 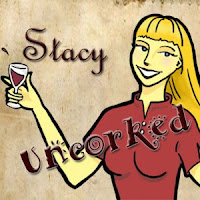 I hope your week is off to a good start!  Mine started with taking mine for an oil change, and tomorrow, after I pick up groceries, it's going in the shop.  It's making this weird siren-like sound when I accelerate.  I've searched the internet for possible causes, but I'm going to let the experts take a look.  I hope it doesn't cost an arm and a leg!

I have been watching SWAT on Hulu lately.  It's been in my list for a long time, so I decided to try it.  I wasn't sure if I would like it, even though I like cop shows, because I thought there would be too much action.  But there's not.  I like it.
The theme song takes me back to the 70's.  I'd hear it when my dad was watching TV.  I wasn't into it at that young age, but it only lasted from 1975-1976.  I'm watching the new one that started in 2017, but it's the same theme song!  Really brings back memories.  I miss my dad.

On this day in 1788, a British captain with a fleet of 11 ships sailed to Australia.  Captain Arthur Phillip was tasked with establishing a work camp for 700 British convicts. The 8 month journey resulted in 30 deaths. You can read more about it here if you are so inclined.  January 26 is recognized as Australia Day, so happy day to all of you out there from Australia.

Last, but not least,

Posted by Forgetfulone at 1:43 AM