My daughter left today to go to England to study at Oxford.  She will be there the entire semester at St. Hugh's College.  I've been helping her prepare by doing some research about the United Kingdom.  It's been so fun!  But I am going to miss her dearly.  So as not to waste some of the intriguing bits of information I have learned, this Thursday Thirteen is dedicated to our friends "across the pond."

1.  Brighton, England had the first "naturalist" beach in the UK.  (Yes, that means nude.)  It is called Cliff Beach.

4.  St Hugh's College was founded in 1886.  It is one of the largest colleges at Oxford.
5.  Another thing they have in common with the US is that immigration is one of the top five concerns of UK residents.

6.  A flight from London to Rome costs approximately 177 US dollars and takes about 2 and 1/2 hours.

8.  The "chunnel" connects England to France.  The trip of 30 miles across the English Channel took 90 minutes by ferry ride, but now that the tunnel is built, it only takes 35 minutes to get to France.  The tunnel, which opened in 1994, goes under the English Channel (hence the name "chunnel").
9.Some grocery stores charge a fee for the plastic bags that shoppers put vegetables in.

10.Like the US, drunk driving is unacceptable; unlike the US, the drinking age in the UK is 18, and drinking at lunch is common; Certain bars and restaurants will serve beer, wine, or cider to kids aged 16 and 17 if they are at a table with someone over 18.

11.College sports are fairly unimportant in the UK unlike the US,

12.  The Tube (subway) from London to Oxford or Oxford to London is about an hour and a half trip.

13.  My daughter got to see 'Willie from Duck Dynasty at the DFW Airport, so her trip is off to a good start! 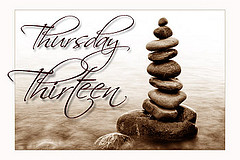 Subscribe in a reader
Posted by Forgetfulone at 12:08 AM