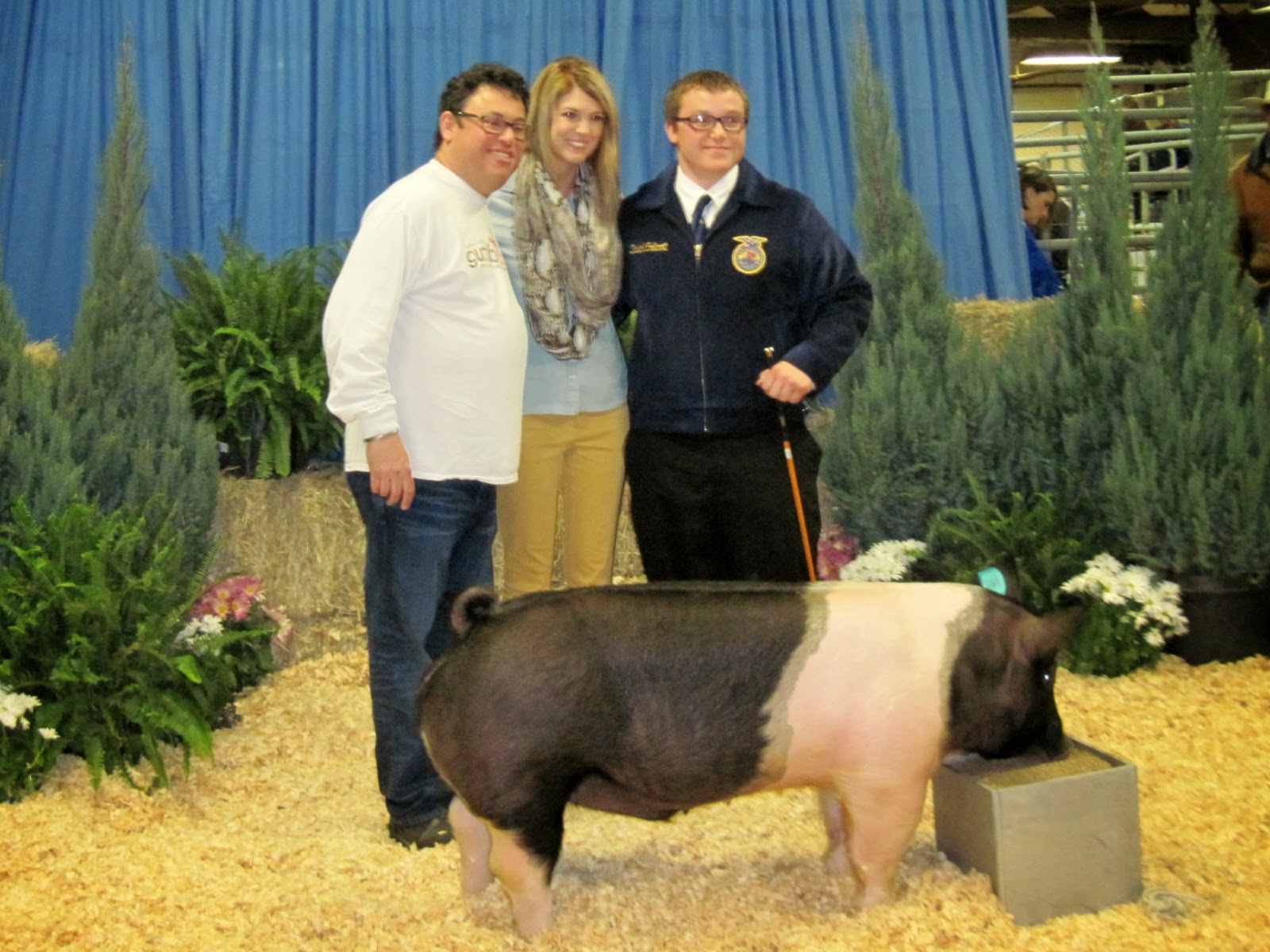 We had another winter storm Tuesday.  They just about cancelled our livestock show on Wednesday because Tuesday, they were supposed to be able to do things to prepare, but because of the crazy weather, they couldn't.  They did manage to pull the show off yesterday even though they had to start later.  I think my toes were close to freezing off since I stood in 30 degree weather with my tennis shoes on for two hours at our concession stand!  What was I thinking?

This is my son's senior year, so last one to show an animal, and I'm proud to say he placed fifth in his class and made auction.  So! Excited!  The auction was tonight.  I will probably post more about it later as I just got home from the auction an hour ago, and I really must sleep some soon.
Posted by Forgetfulone at 11:58 PM

Email ThisBlogThis!Share to TwitterShare to FacebookShare to Pinterest
Filed Under: animals, children, weather