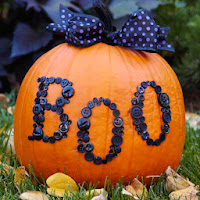 I don't post very often lately because I'm working a second job.  I work in a large department store in the local mall in the home department.  At our store, there is a rumor about a ghost who lives in the second floor bathroom.  One of our custodial staff, a man, also claims to have seen her.  I'm sure other people have, too, but I haven't heard their stories, only his.  He says that he called out to see if anyone was in the lady's restroom so he could clean.  Hearing no one, he went in and started working.  Then out of nowhere, there is a woman (wearing cowboy boots) who walked right by him and out the door without looking at him or saying anything.  He thought he had been alone in there, so he came out and asked who else had seen her, but no one had.  So we assume she's our restroom ghost.

Tonight, Halloween, I was in the stockroom organizing some products for about an hour.  When I was almost finished, I heard this wailing.  It happened twice. Loud and mournful.  Scared the crud out of me!  When I came out of the stockroom, I asked a co-worker if she heard anything, and she had only heard a loud bump.  I was telling my department manager about it, and she says, "Oh, yeah, that's our ghost.  I hear her all the time."  What?

I guess she really exists!  I'm a believer!

Subscribe in a reader
Posted by Forgetfulone at 11:56 PM

Email ThisBlogThis!Share to TwitterShare to FacebookShare to Pinterest
Filed Under: halloween, holidays