I'm linking up with Stacy for Random Tuesday Thoughts. 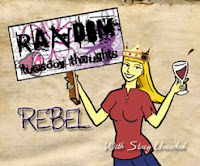 {Heavy sigh} Where to start?  The last week has been chock full of activity, both in our nation and around our house.  Terror acts, mudslides, rains, Jerry Lewis!  I cannot even begin to comment on the sad events in Charlottesville.  There are just no words.  I try to avoid politics on the blog, and I don't want to change that, but we need to pull together as a country against all evil, both abroad and at home. 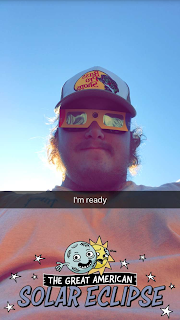 Moving on to cheerier topics... How'd you like the eclipse?  It was more spectacular than I thought it would be.  My son, the lucky dog, was in Wyoming and got to see the full eclipse.  He is there as the last part of his study abroad class.  The first part was in Australia, but since it's an astronomy class, they spent the last week in Casper so they could see the full effect of the eclipse.  He said it was, "Way cool," and he wants to do it again if he ever gets the chance.
He loved the activity they did after the eclipse just as much.  They hiked the Lee McCune Braille Trail on Casper Mountain.  They wore visibility-obscurring glasses and used guide ropes to follow the trail.  They got proof that when your vision is impaired, your other senses are heightened.  Cool, huh?  He said it made him even more grateful for his sight, too.
Soooooo. School started yesterday.  Fun, fun!  I have HUGE classes this year, but for the most part, they seem like good kids.  But, boy!  The first full day back was super long, partly because we had time during the day to take them out for the eclipse, but partly because it was just the first day.  Lots of kids not knowing where to go or how to get there.  I'm exhausted from it!  But I'm predicting a better-than-average year. 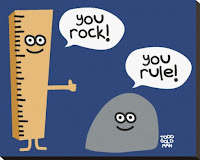 My son returns from Wyoming today and starts another semester at college tomorrow.  My daughter will be driving back to college today although her classes won't begin until next Monday.

The Jerry Lewis telethon for Muscular Dystrophy was always the sign that school was about to start when I was young.  School never started before Labor Day, and the telethon was always that weekend.  As a teenager, I used to work the phones at the local donation center in my town.  I looked forward to it.

In 1971, when I was six, Jerry Lewis guest starred on another childhood favorite of mine, The Carol Burnett Show.  Here's a clip.  Hope you like it!

Subscribe in a reader
Posted by Forgetfulone at 11:31 PM