I am from the great state of Texas.  We are currently under threat from Hurricane Harvey, as I'm sure you've heard on the national news.  I thought it would be interesting to find out just how many hurricanes I have lived through.  And, in case you aren't from a coastal state, a tropical storm can cause just as much, if not more damage due to flooding and winds.  I can chronicle my life in storms.  I suppose that should make me sad, but it is what it is! 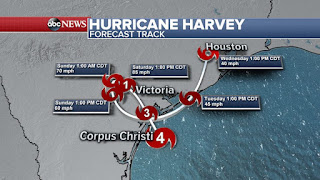 August 3, 1970 - Hurricane Celia - makes landfall near Corpus Christi.  Hundreds of millions of dollars in damage, about 25 deaths, and at least 460 injuries.

September 16, 1970 - Tropical Storm Felice makes landfall in Texas, not sure where.

August 31, 1975 - Hurricane Caroline - makes landfall near Brownsville.  This is the first hurricane I remember as it was near the time my grandfather passed away.

September 22, 1977 - Hurricane Anita - makes landfall in East Texas.  I remember this because it happened the day before my 12th birthday.

August 10, 1980 - Hurricane Allen - makes landfall near Brownsville at a category 3 - Spawns 12 tornadoes across Texas.  Every structure in South Padre Island was destroyed. Causes 7 deaths and $600 million in damages.  I was just about to start my sophomore year of high school.

September 5, 1980 - Tropical Storm Danielle - makes landfall at Galveston.  One death due to flooding.

November 1980 - Hurricane Jeanne - The worst flooding was in Galveston.

August 18, 1983 - Hurricane Alicia - landfall at Galveston.  Wind gusts in Galveston were as high as 102 mph.  It spawns 23 tornadoes.  At the time, it was the costliest hurricane in Texas.  I remember it so well.  I was 2 weeks away from leaving for college.  We were without power for 10 days along with about 250,000 other people. 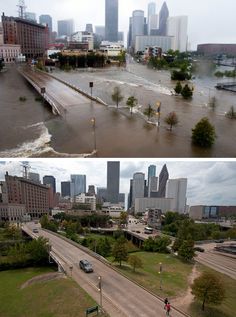 October, 1983 - Hurrican Tico - does not hit Texas directly but causes $93 million in damages and 1 death due to heavy rainfall.

October 11, 1985 - Hurricane Waldo - does not hit Texas directly but causes flooding across West Texas.  We were asking, "Where's Waldo?"

September 23, 1986 - Hurricane Newton - hits the Texas Panhandle all the way down to Wharton.  This is my 21st birthday.

September 17, 1988 - Hurricane Gilbert - does not directly hit Texas, but causes heavy rains and 29 tornadoes.  The most damage is in San Antonio.  I remember this well because we were trying to plan my grandmother's funeral.

June, 1989 - Tropical Storm Allison - makes landfall at Freeport. Causes 3 deaths and $400 million in damages.  I remember this because I had just completed my first year of teaching and I was teaching summer school.

August 23, 1996 - Hurricane Dolly - does not directly hit Texas, but causes heavy rains.  I remember this because it was less than 2 months after I gave birth to my twins.

June 5, 2001 - Tropical Storm Allison - makes landfall near Freeport and sticks around in south Texas for days.  I remember this one well.  So much damage!  Patients being evacuated from hospitals in Houston, power outages, catastrophic flooding.  It was so bad, they retired the name Allison!  Friends lost their homes and cars.  We were lucky not to have had damages. 23 deaths and $4 billion in damages. 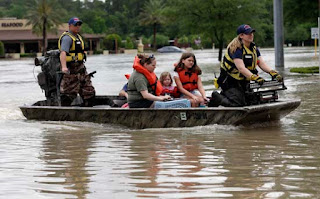 July 15, 2003 - Hurricane Claudette (a repeated name) - makes landfall at Matagorda.  High winds cause most of the damage.  One death and $181 million in damages.

September 24, 2005 -  Hurricane Rita - makes landfall between Texas and Louisiana. Causes major flooding in Port Arthur and Beaumont.  I remember this one so vividly because we evacuated for this.  On my 40th birthday, we head to Port Lavaca where we stay in a crummy hotel and eat gas-station food for a week.   Threat of this hurricane caused the biggest evacuation, 300,000 people, in US history.  Glad we went south!  Look at this! And what a way to be welcomed to the 40's!  Something good that came of it was that I met several other bloggers online who live near me, and we became friends in real life!
Rita causes 59 deaths. 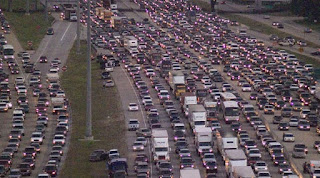 September 2, 2006 - Hurricane John - while not a direct hit, it drops tons of rain on Northeast Texas.

September 13, 2007 - Hurricane Humberto - makes landfall at the Texas/Louisiana border.  Causes one death and $50 million in damages.

August 5, 2008 - Tropical Storm Edouard (another one of these, too) - makes landfall near Port Arthur.

September 13, 2008 - Hurricane Ike - makes landfall at Galveston at a category 2.  The storm surge is as high as 20 feet. 2.6 million people lose power.  I remember this one, also.  We head to Corpus Christi which was far enough on the other side of the hurricane that we didn't get rain while we were there.  But here... So many friends lost their homes.  So many businesses had to close.  It hit the area where we were pretty hard.  We only lost some roof shingles and a fence. Freeways were under water. Boats ended up in roads. 2.6 million people were without power.  This hurricane killed 84 people and cost over $19 billion. 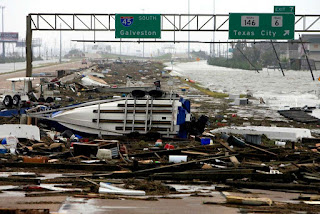 September 7, 2010 - Tropical Storm Hermine - after hitting Mexico, it hits the Texas coast at Port Aransas, the Rio Grande valley, and other points on the coast.  Causes 5 deaths and $250 million in damages.

August 25, 2017 - Hurricane Harvey  - the extent of Harvey has yet to be determined although as of today, it has been downgraded from a category 4 to a tropical storm.  Landfall at Rockport near Corpus Christi and lots of damage in Port Lavaca (our previous evacuation site) and Port Aransas. Tornadoes are touching down in various places.  We're under a tornado warning and a flash flood warning currently.  We had hours with no rain, but it has started again.  We just started school, and already it's cancelled for now. 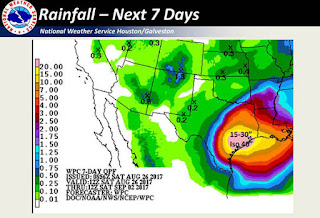 If I counted right, that's 38 hurricanes, 32 Tropical storms, and 8 lesser storms in my lifetime in Texas.  That's an average of 1.5 for every year of my life.  So... it's been a part of my life for as long as I remember, and I've only evacuated twice.  I'm sticking it out!  Pray for Texas!

Subscribe in a reader
Posted by Forgetfulone at 11:41 PM

Email ThisBlogThis!Share to TwitterShare to FacebookShare to Pinterest
Filed Under: daily life, weather