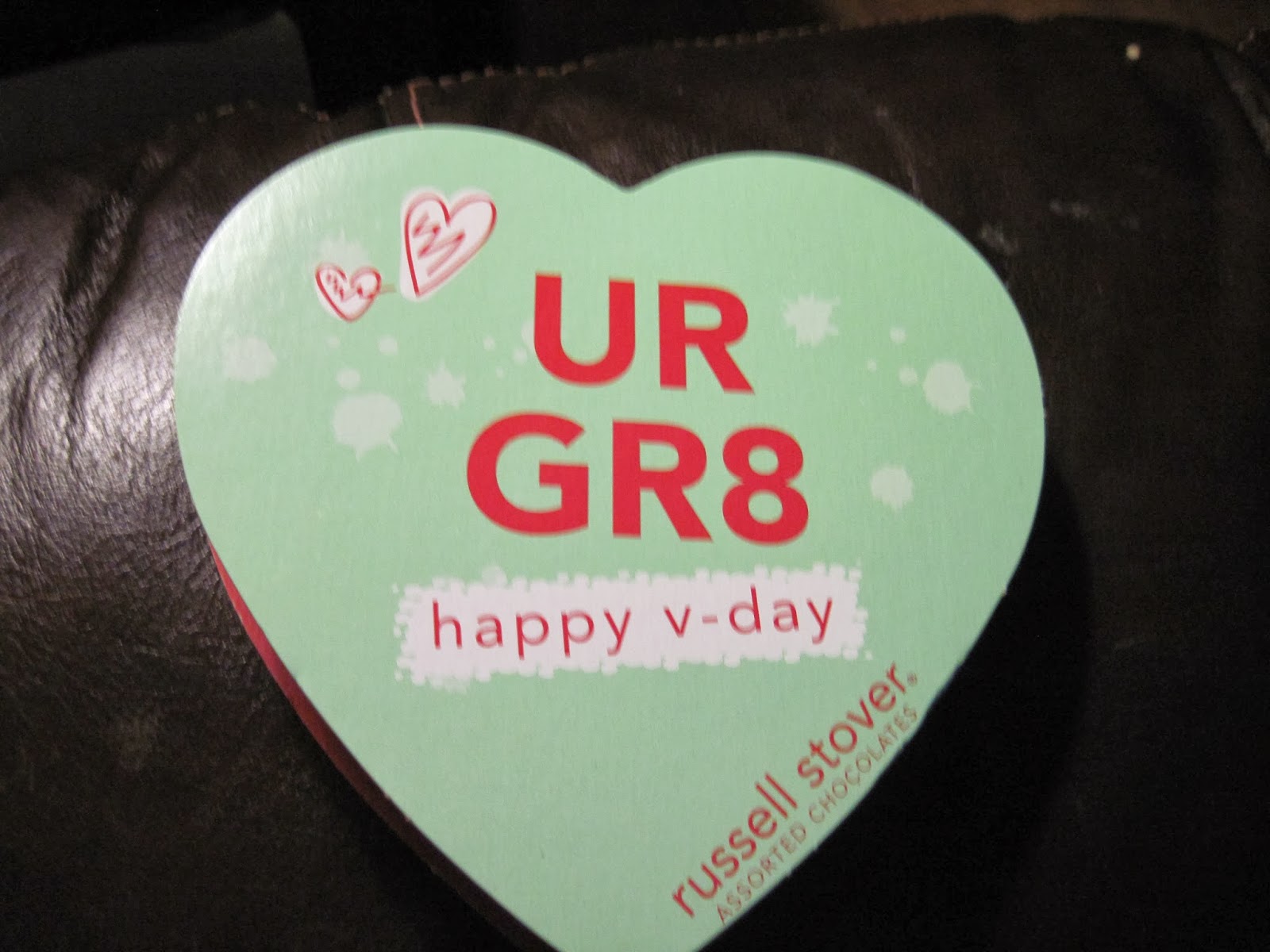 It all started with this little box of chocolates that a student gave me.  What a great Valentine weekend! Yes, I said weekend! We started Thursday (one day early) with a nice dinner. We always go to our nice dinner on the 13th because restaurants are so crowded on the 14th. We had a great meal at a local Italian place called Franca's, no waiting, very private, and delicious food.

I received a dozen roses and an adorable card from my husband.  Traditionally, we go to Whataburger on Valentine’s Day. This started a couple of years ago. I have no idea why! This year, we broke tradition and went to Jason’s Deli instead (for several reasons) 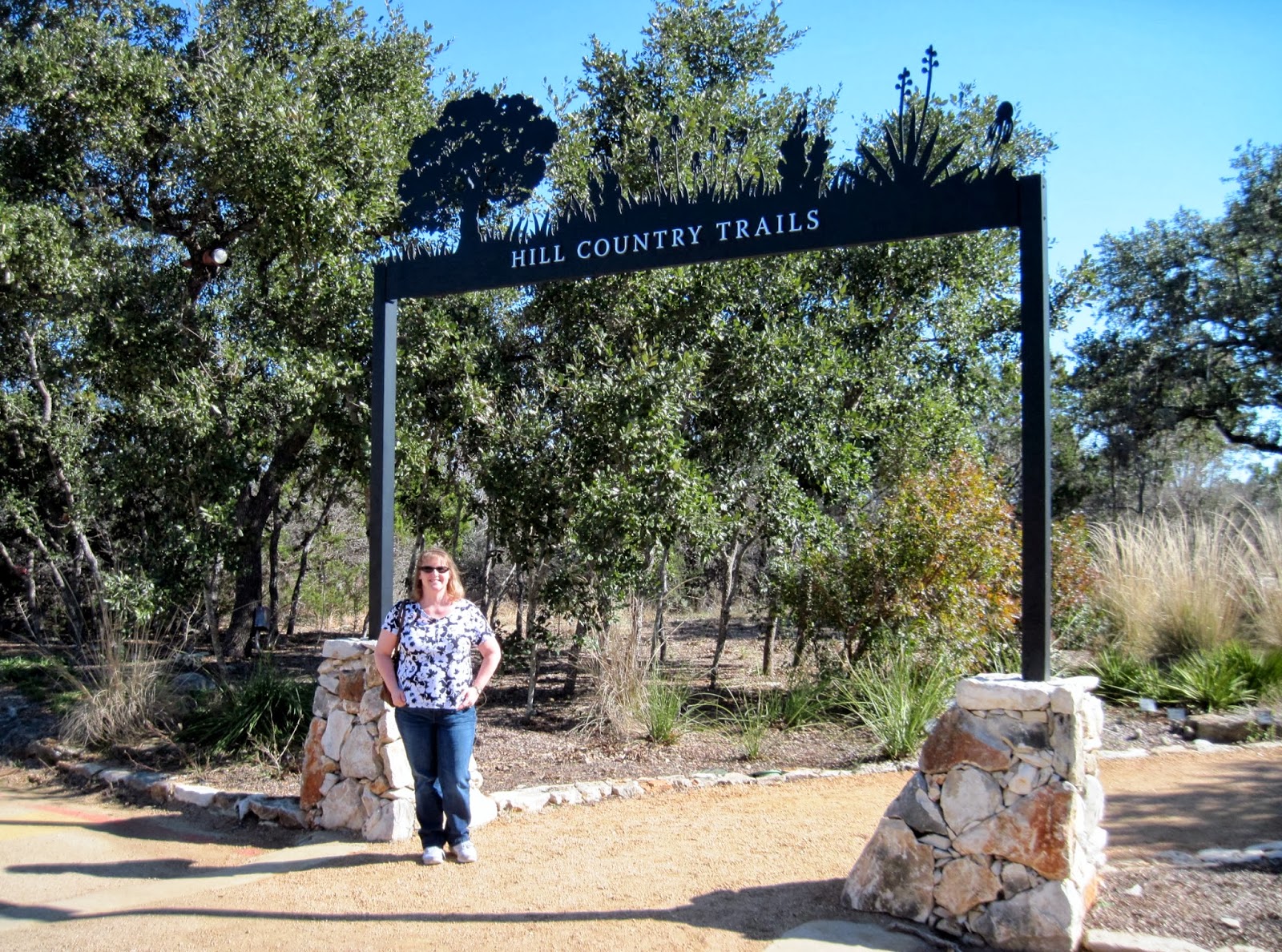 The fun continued Saturday. We drove to Austin, about 3 ½ hours from here). Our first stop was the Ladybird Johnson Wildflower Center. Unfortunately, nothing was blooming, but we did get to walk some of the nature trails. We stopped at a pizza bistro for a snack then checked in to our hotel.

Saturday evening, we took the Metrorail downtown. We ate a delicious Tex-Mex dinner at Julio’s then walked up and down Sixth Street. Bars lining up both sides of the street for blocks, food trucks, human statues, and so forth. 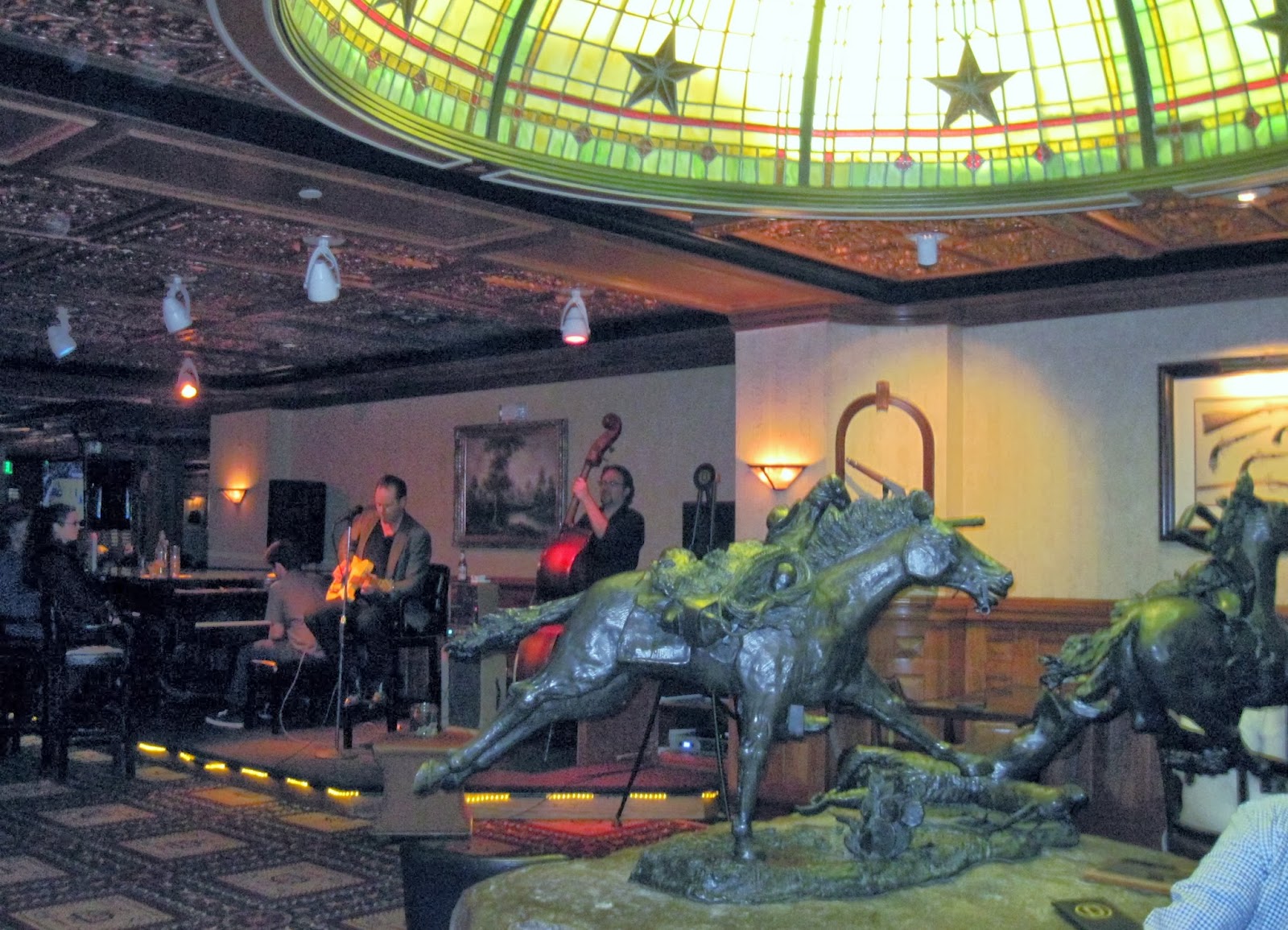 We stopped at The Driskill hotel for cocktails. Very upscale compared to the little hole-in-the-wall places on Sixth Street. Some trivia I learned after we left … The Driskill is the most haunted hotel in Texas, possibly in the U.S. It is said Colonel Driskill’s ghost walks the hotel and is fond of cigar smoke. There is a little girl who likes to bounce her ball. She hangs out on the stairs or in the second floor bathroom (I was in there!). There are many other stories, but I’ll let you look at the link if you’re interested. 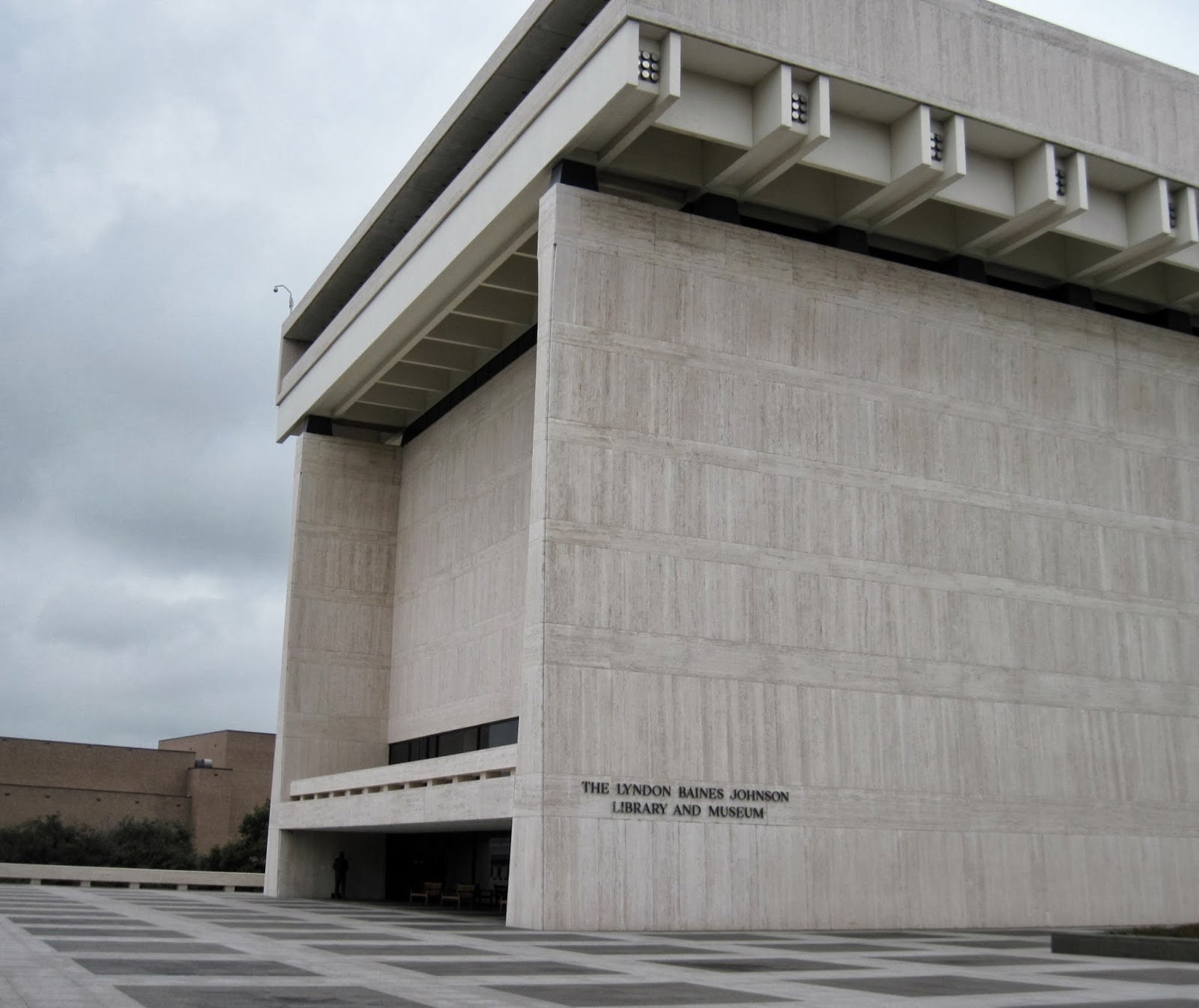 Sunday morning, my husband bought us some breakfast tacos and let me sleep in. How sweet! Then we went to the Lyndon Baines Johnson Presidential Library at UT. It’s not just a library but a museum with historical information, interactive exhibits, animatronics, recreations of the oval office and Ladybird’s office as well as authentic artifacts from LBJ’s Presidency including his 5,100 pound limousine. It was most enjoyable!

On the way home, we made up for skipping our Valentine’s Day tradition by stopping at Whataburger. What a great weekend!   Hope yours was fabulous, too!
Posted by Forgetfulone at 9:57 PM